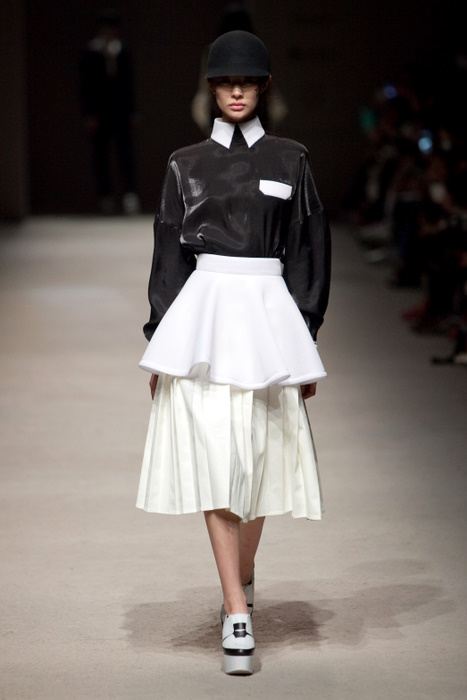 Referencing 90s street style and favoring graphic shapes, Lee Suktae's show tapped into the retro-futuristic trend, which has defined several collections in Seoul. Strict architectural lines gave a harder edge to his clothes. which seemed to echo the humble simplicity of uniforms. 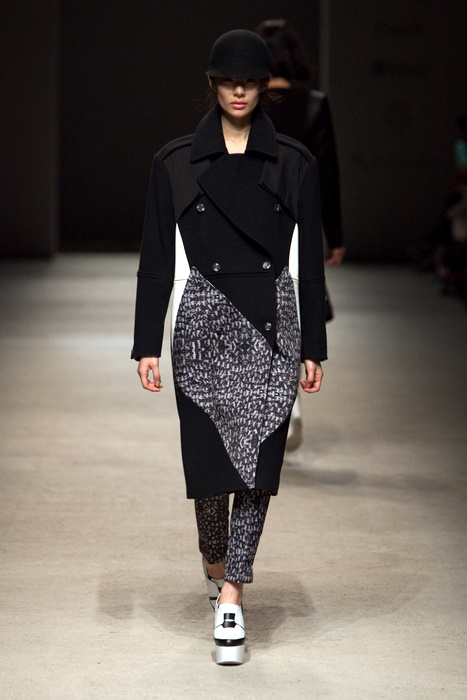 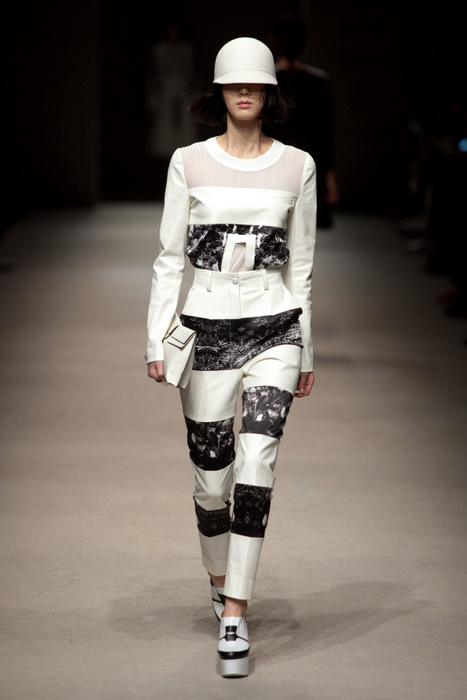 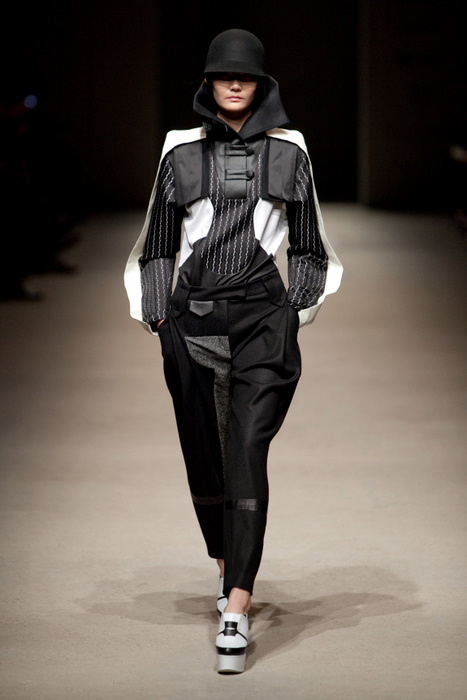 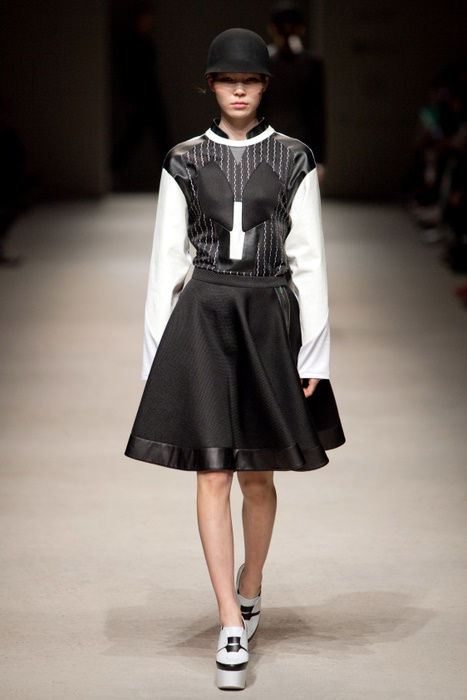 A full-length, white hooded coat managed to reconcile cozy with clinical. It was a standout piece, demonstrating Suktae's skills as a tailor. 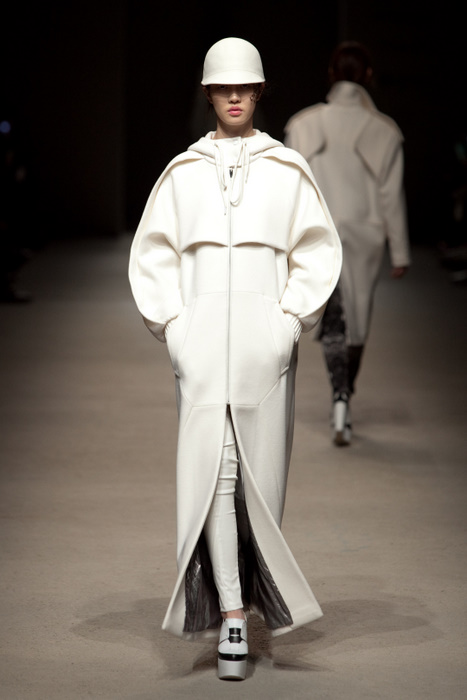