Dear Shaded Viewers, It is another short visit to Milan but there was a little time to see friends Beniamino Marini and Stefano Mgliore. They were out till dawn last night at Plastic letting off steam after an intense work week. I told them how my first introduction to Plastic was in the 80's when Keith Haring was going out with the DJ. Keith was in Milan preparing his solo show at a gallery in less than a week and my friend Zacky and i just happened to run into him on the street. we knew him from NYC and wanted to know where would be a fun place for us to go , it was plastic and almost 3 decades later it clearly still is albeit in a new location. Later, Diane 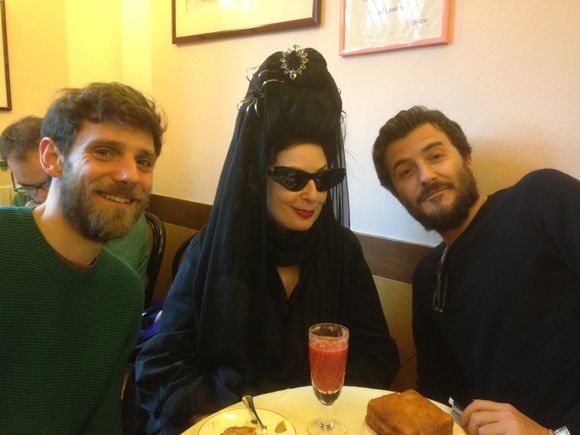