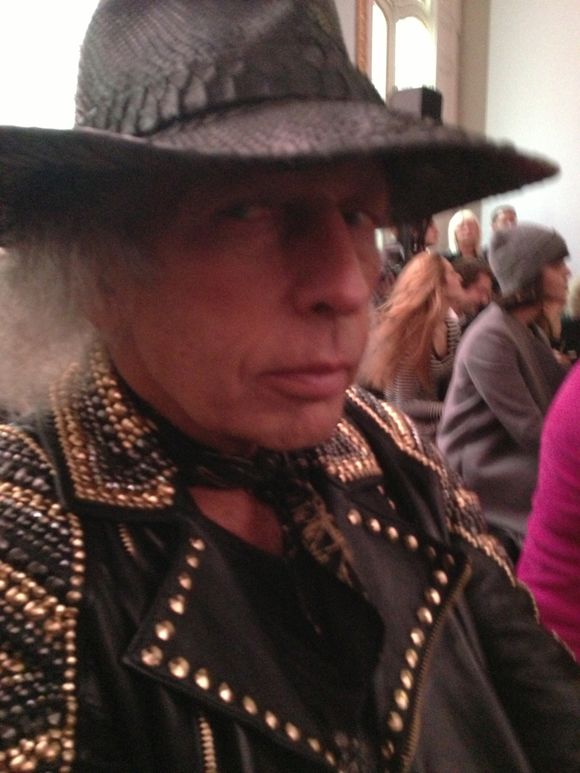 James Goldstein was in heaven last night .  He told me that the lucious lips of Kate Moss were on his mouth and he was, and probably still is, in heaven. Also he said he was dancing with all the top models and most likely  that is his main motivation for travelling the planet for global Fashion Weeks.