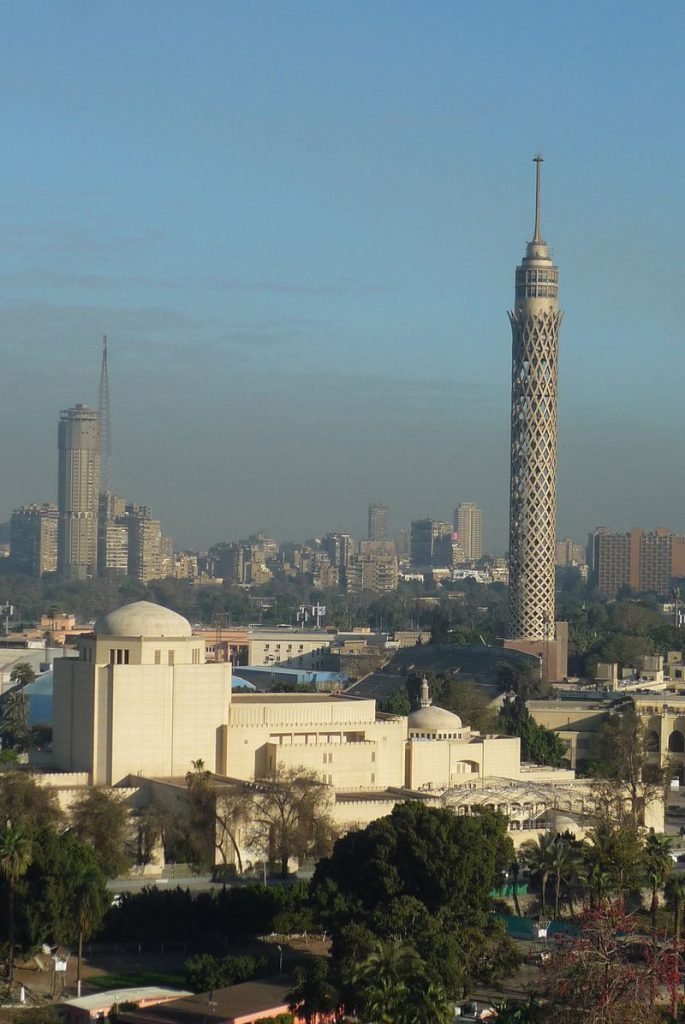 I was in Egypt last month, as you may have heard, and while now back in the New York groove, am trying to catch up on my reportage from that fantastic country. If you’ve been reading the news about Egypt lately, you’ve probably noticed that it’s only focused on the disastrous things that are happening there. Well, I’m here to tell you that not only is it perfectly safe to travel to Egypt, but it’s also a marvelous time to enjoy the sights without dealing with huge crowds of tourists. That said, I sincerely hope their tourism industry picks up again soon.

During my time in Cairo, I was invited to stay 3 nights at the Sofitel El Gezirah Hotel. The hotel boasts a rather covetous location, as it is situated on the southern tip of Gezirah, an upscale island in the middle of the Nile that features a swanky country club, ritzy boutiques and, further north in the Zamalek district, trendy eateries. Staying at the Sofitel El Gezirah is a nice respite from the hustle and bustle of “mainland” Cairo.

The views from my room were rather spectacular. The above photo is me looking north up Gezirah and the tower on the right is the Cairo Tower, purportely the city’s most famous landmark after the Pyramids. Built in 1961 and designed by Egyptian architect Naoum Chebib, the latticework casing is meant to evoke a stylized lotus plant and is the tallest structure in North Africa.

The tower is a symbol of Egypt flipping the bird at the U.S. In the ’50s, the U.S. tried to curry favor with Egypt by giving $6 million to President Gamal Abdul Nasser. As is typical of the Amerikkkan Empire, they expected Egypt to spend most of the money on arms. Instead, Nasser used the money to build the Cairo Tower. Take THAT, Evil Empire!

As legend has it, one of the first visitors to the Cairo Tower was Katherine Hepburn! If you decide to stay at the Sofitel El Gezirah, I highly recommend requesting a room that faces the tower. 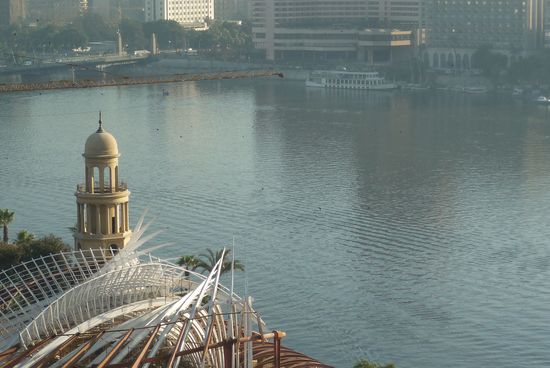 When I looked to the right of my room’s large window, I had this view of the Nile which was especially lovely in the early morning, when I took this photo. In the distance is the Qasr al-Nil Bridge aka the Lion Bridge, where many of the skirmishes between police and protestors have taken place. Just past the large white building is Tahrir Square which you can almost see from the hotel. But despite the proximity of the square, you do not feel the demonstrations at the hotel. All is rather tranquil in this part of Cairo.

The Sofitel El Gezirah Hotel is also conveniently close, by taxi (about $4 USD), to the extraordinary Museum of Egyptian Antiquities. And even though the Museum is quite close to Tahrir Square, again, you do not feel the chaos. Despite the sometimes hodgepodge order of the museum (there are literally hundreds of sarcophagi and mummies lying around in huge cabinets that reach up to the ceiling, or out on the floor, with no information cards) which actually adds immensely to the place’s charm, you will see some of the most magnificent treasures in existence, meticulously organized with accompanying information.

I didn’t realize until I arrived that almost all of the Treasure of Tutankhamun are here, including Tut’s gold sarcophagi and golden death mask, which nearly caused me to faint dead away. And because there were only a smattering of tourists, there was plenty of space to take in and contemplate these masterpieces. The Royal Mummies, especially that of Ramses II, are absolutely divine. Such elegance! Such grace. Such poise. When I pass, I should like to be mummified…so people can hate me for being thin for thousands of years. 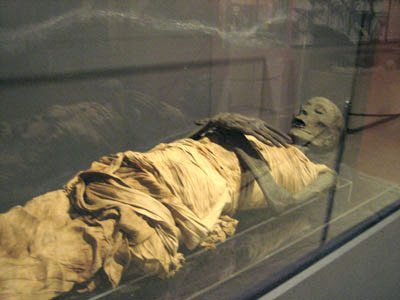 Photos are not allowed in the museum, so I pulled this image from the web. 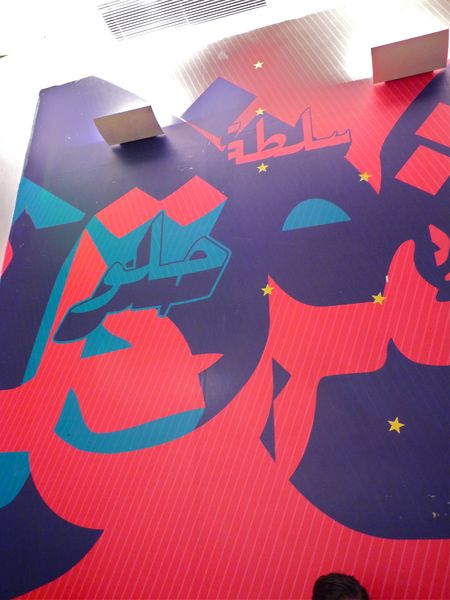 The energetic walls of Cairo Kitchen in Zamalek, which is basically the NoLita of Cairo. 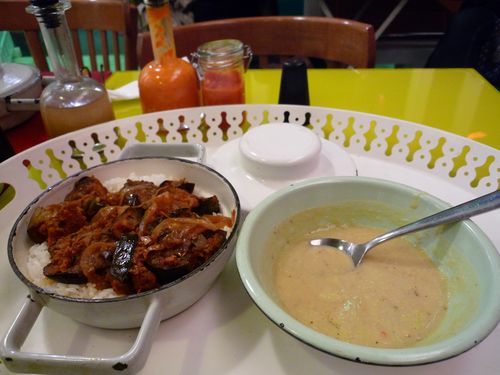 I had the Egyptian moussaka and lentil soup, which were both supremely delicious. 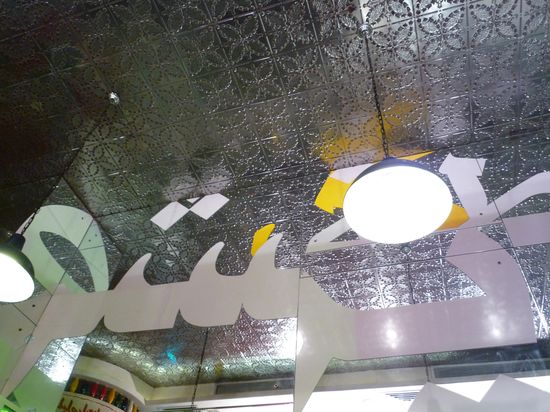 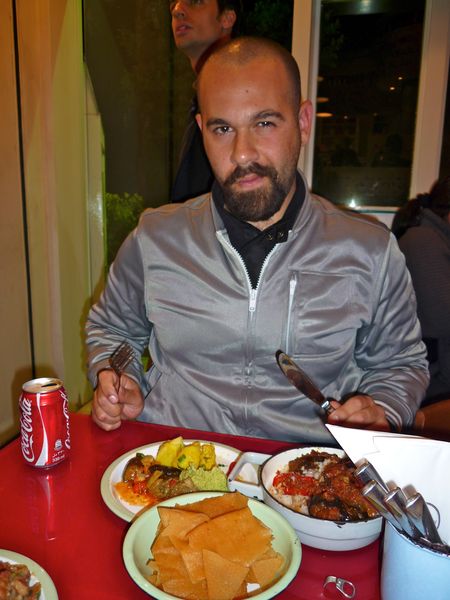 I forget what Daki had but it looks yummy. I think it was also the moussaka? 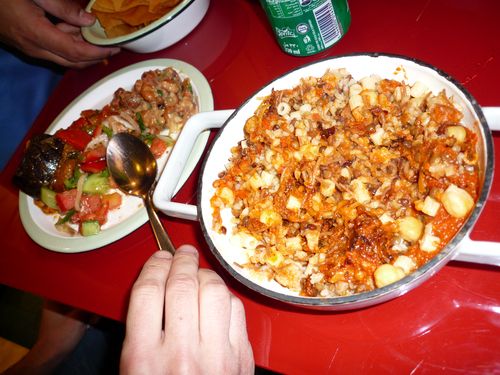 Ahmed ordered Cairo Kitchen’s most famous dish, koshari, which is a typical Cairo street food. It’s made of rice, lentils, chickpeas and macaroni, topped with tomato sauce and fried onions. I tried some and became an instant fan. There was also some cold ful (fava) bean salad which I also loved. 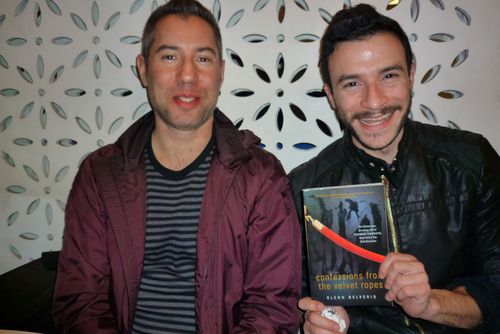 Me looking maybe a little “high” from the sheesha smoking at Al-Fishawi Cafe in Fatimid Cairo earlier. Ahmed was excited to get a copy of my book!

Previously on ‘Glenn Beverio’ in Egypt:

My report on Cairo’s Fashion Nights

My visit to the astonishing Temples of Abu Simbel