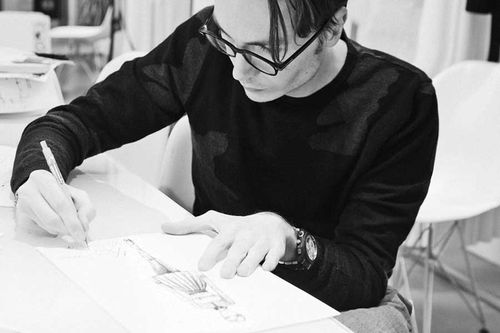 Maison Maxime Simoens announced today that LVMH will be providing financial backing and strategic advice to the house with Dior CEO Sidney Toledano coaching Simoens tem on his business strategy and operations.

When Maxime was 22 he graduated from the Chambre Syndicale de la Couture in Paris at the top of his class and worked at the couture houses Elie Saab, Jean-Paul Gaultier, Christian Dior and Balenciaga.