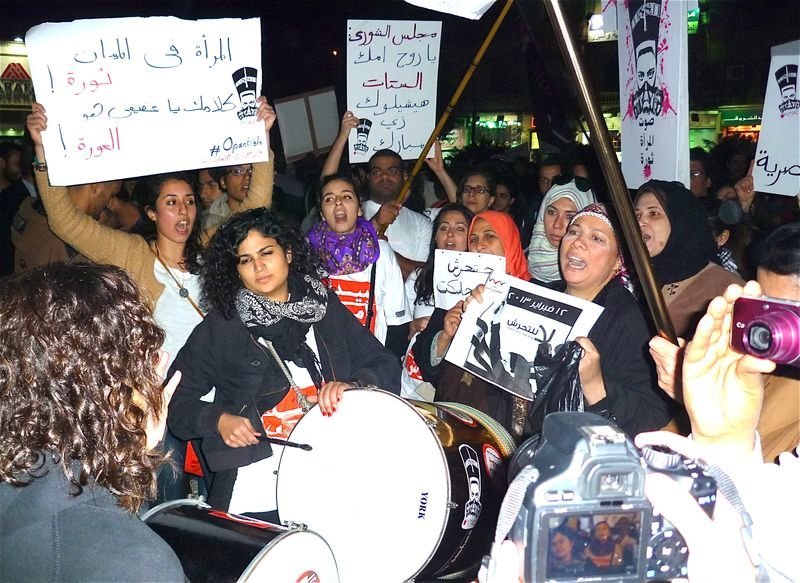 On my way to dinner from Old Cairo with my friends Ahmed and Daki, the jewelry designers from Sabry Marouf, we passed close to Tahrir Square and I jumped out of the car to take some photos of this protest: Women demonstrating against the (Muslim Brotherhood organized) sexual assault of women, and the new regime’s attempt to silence women activists.

My friends translated the signs for me: The one on the left reads “Women in Tahrir Square ARE the Revolution. Your words, Affifi, should be silenced” (This is a reference to a member of the new government saying that women should not use their voices for political protests, because a woman’s voice should only be used for sensuality.)

The 2nd sign reads, “General Assembly, you are mama’s boys! Women will remove you like we removed Mubarek!”

Note the images of Nefertiti wearing a gas mask, which I posted on Facebook a few weeks ago.