It's funny someone just asked me what I did last year for Christmas and in fact I had a wonderful dinner with Dita Von Teese and friends. Andrew from Monarchy was in town and DIta decided to make a great traditional xmas dinner followed by a visit from Secret Santa. The following day we had a private tour of the Musee D'Orsay. I doubt that I will be doing anything quite like that this year. 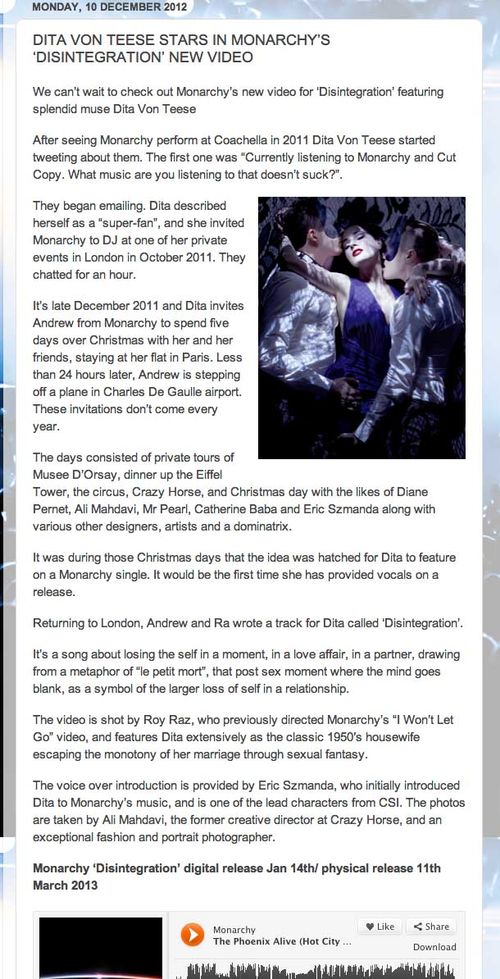