Complete programming will be out this week. The opening ceremony is by invitation only but the full programming is open to the public and has stellar special guests. Picture William Klein on the podium surrounded by the amazing Rossy de Palma and Catherine Baba. I can hardly wait for that one. Our President this year is Orlan, everyone is over the moon about that. Daphne Guinness celebrates her birthday on November 10th and introduces Joe Lally's new film where she acts and does the soundtrack, an album of her's is in the works, Dominique Issermann,  will introduce her short films on Leonard Cohen made with her mobile phone, Lea Rinaldi celebrates her birthday on the 10th and introduces her documentary 'Behind Jim Jarmusch' , Viviane Fauny joins Rad Hourani on the podium introducing Rad's film on the iconic model. Claude Montana is given a carte blanche and screens his favorite film and I don't want to tease you too much about opening night since very few can participate but NOWFASHION will make it possible for you to enjoy Rossy de Palma's performance with ccomposer and cello player Alexander Zekke.

We have 101 films to screen, 82 in competition 7 out of competition and  10 documentaries. This is the first year that we offer the Portal + Documentary prize. See you there? 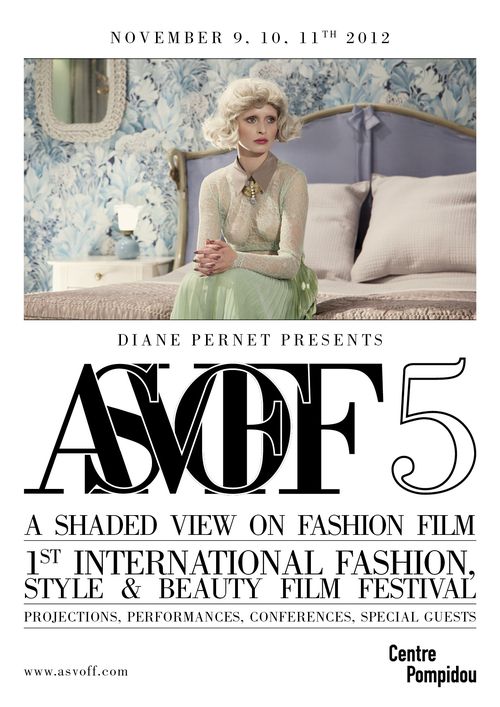