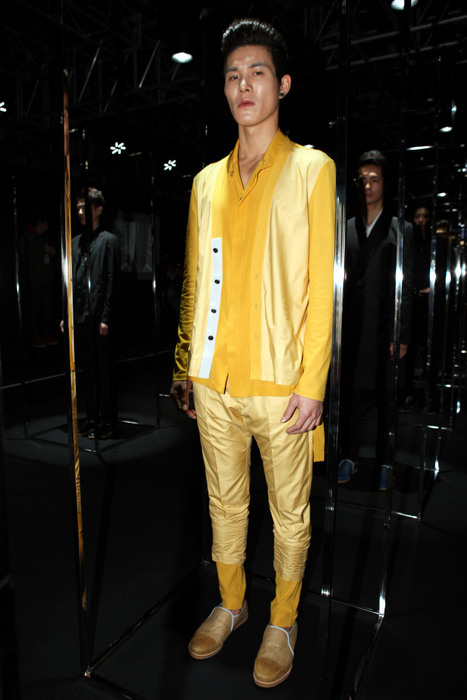 Slowly but surely, Jehee Sheen is carving his own niche within Seoul's menswear scene. I loved his last presentation, which was a welcome break from a rather intense runway schedule. Sheen's sharp silhouette does not exclude intricate details and a spiritual feel, giving his clothes a timeless appeal. He presented strong tailoring, elegant shirts and fresh-looking pants, confirming he is the real deal. 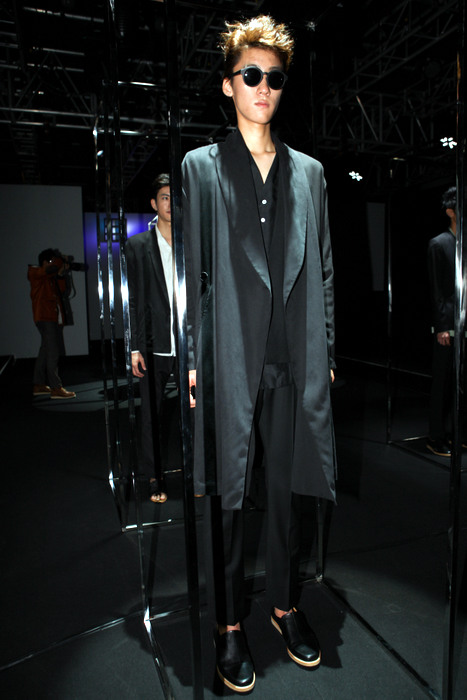 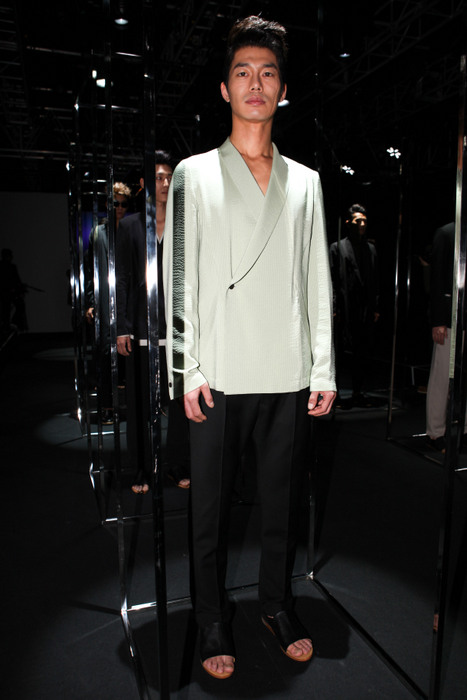 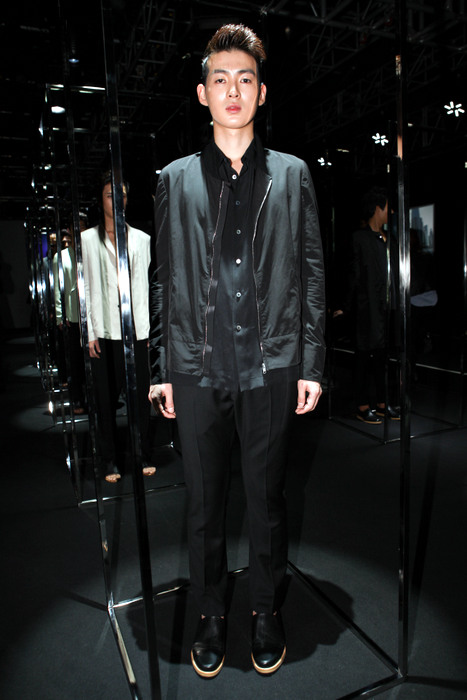 I have a weakness for his shawl collar pieces, which are subtle, but sophisticated at the same time. 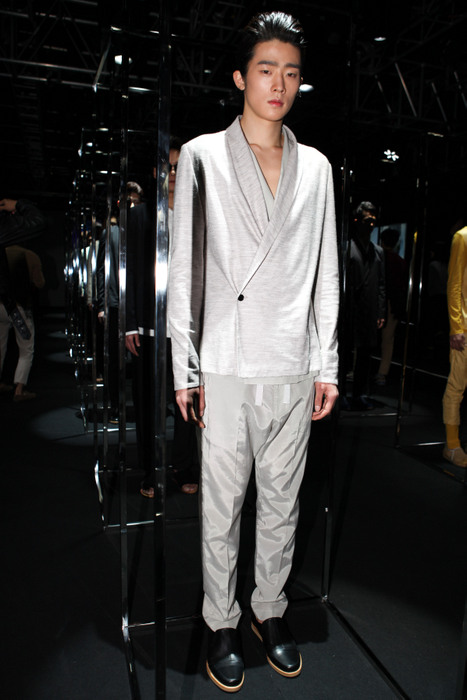