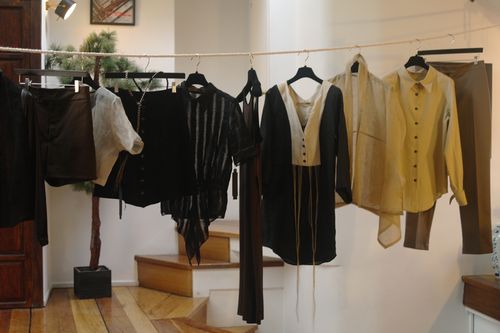 I have been in contact with Man Kim since the beginning of my summer with Diane and finally, today I had the pleasure of meeting her. Man Kim has moved her first collection and her work table from Los Angeles to establish a showroom in Paris for the duration of the fashion week : Man Kim Atelier S/S 2013.

So, after a proper real world introduction, we talked about her line and how it wants to express the broad feeling of uncertainty. If things may not always remain the way we know them, what is our attitude while pondering this thought? Fear may be a spontaneous response, but alongside it comes a reaction: survivalism, or maintaining a sense of what we know. 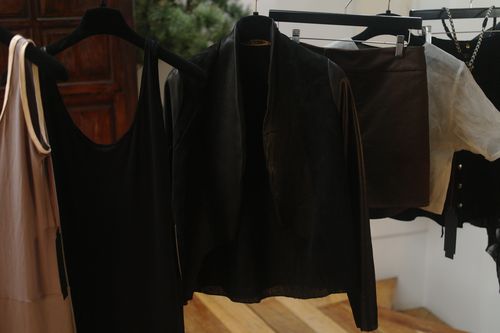 During the realization of her pieces, she was practically influenced by movies, and the fear of the nuclear bomb.

1956's The Conqueror: shot under winds that brought dust from the nearby Nevada Test Side, the whole cast and crew of this film were exposed to radiations and developed cancers after the director decided to carry this dust back to Hollywood to have the studios match the desert. Following this story, Man Kim gave the back of this black jacket the aspect of settling dust. 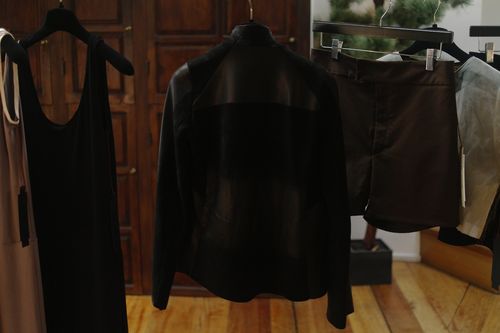 1967's The End of August at the Hotel Ozone: six young women and their elderly mentor roam a post-apocalyptic land. From this search for security, Man Kim has extracted materials such has waxed horsehair (embossed inside and coming out of the fabric, or as a belt) and snake vertebrae (as cufflinks, or as decorative details). 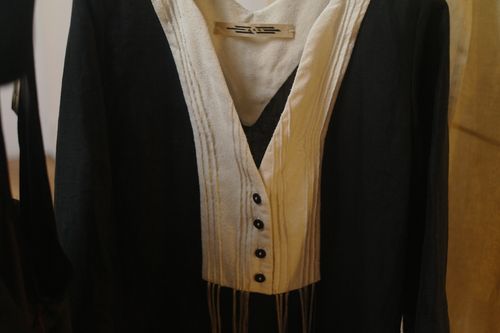 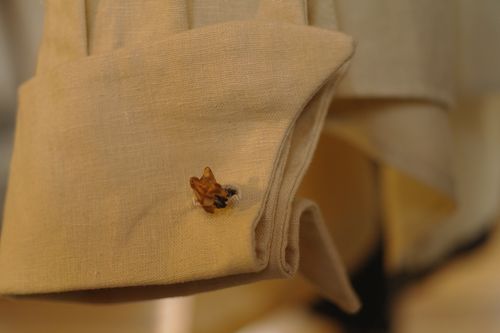 Answering her own needs for security, Man Kim has the chance to be staying at the most charming Parisian apartment, with a working fireplace, a pointed barrel vault and a wonderfully tiled kitchen I would have loved to cook in (but I wanted to tell you about the clothes first).

It is possible to make an appointment until the 1st of October.