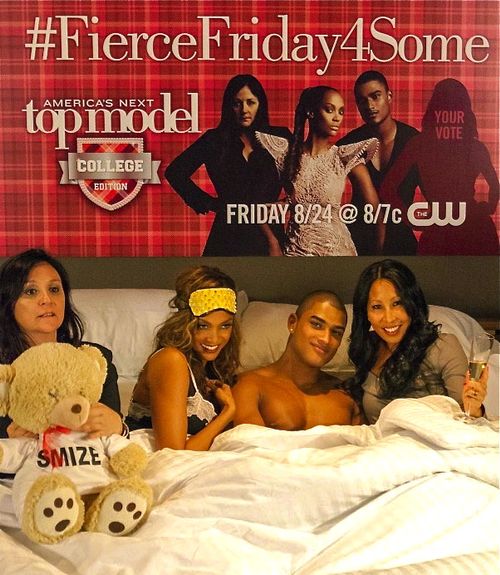 Last night I attended a champagne-soaked soiree and screening of the new episode of America’s Next Top Model, the College Edition, which airs on Friday night on the CW. I don’t watch TV during the summer so this was the ideal way to view ANTM: In a private screening room with a group of tipsy, cheering New Yorkers.

And of course it was a delight to have Tyra Banks introduce it in the flesh. I found her far more likeable and real in person, which came as somewhat of a relief. She’s really come a long way since those days, back in the ’90s, when Naomi Campbell viciously disparaged her as a dime-store version of herself. Now, Naomi is yesterday’s news (we did enjoy seeing her propped up like waxworks at the Olympics Closing Ceremony, though) and Tyra Banks is a household name. She is one of four African Americans and seven women to have repeatedly ranked among the world’s most influential people by TIME magazine. The power of American television, dolls! Don’t kill the messenger. Blame Marshall McLuhan or Andy Warhol, if you must. 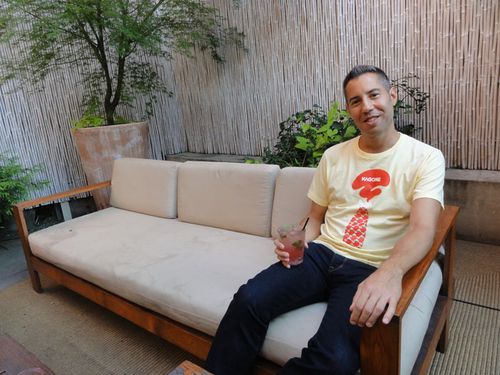 Me relaxing in the Yard at the Soho Grand before the party, enjoying a cool Watermelon Smash. 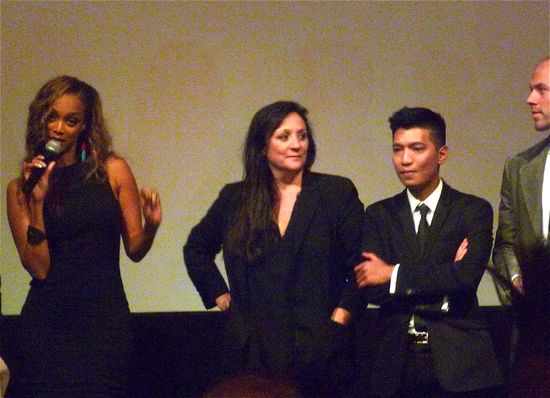 The hosts introduced the new episode in the Tribeca Grand Theater. Bryan Boy is one of the new judges. There was an interesting moment when Tyra gave props to the “black and Latino gay communities” for first using the word “fierce” in connection with fashion. “I didn’t invent the word fierce!” she told us.

Now, it’s one thing to tell this to a small, elite audience in downtown Manhattan–preaching to the choir–but I certainly hope she has also expressed this to her huge TV audience on ANTM. With all her influence, it would be great if she were promoting the historical importance of disenfranchised gay people, who basically invented a lot of things via vogueing-ball-culture that are sometimes taken for granted. I don’t really watch ANTM, so I don’t know if Tyra has cleared up the “fierce” issue. Has she?

The best comeback to all this, which I find exquisitely meta, is RuPaul’s persona on her Drag Race show. Ru is basically doing an imitation of Tyra Banks shamelessly imitating RuPaul–Tyra’s ANTM persona, oozing with artificiality, feels like pantomime. Ru’s spin is one of those rare moments when drag is still functioning on a subversive level, like it did in the old days. (I mean, I have to travel all the way to Berlin to see Vaginal Davis if I want that level of commentary!)