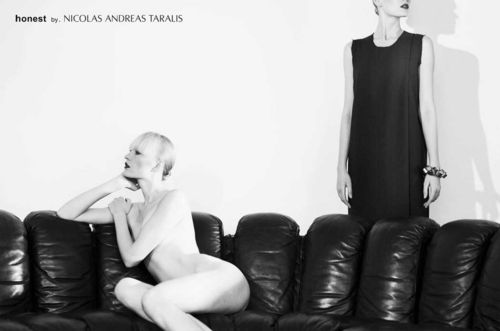 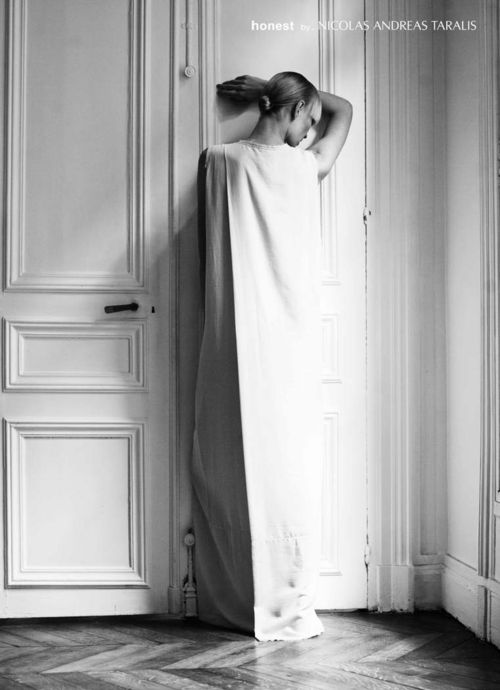 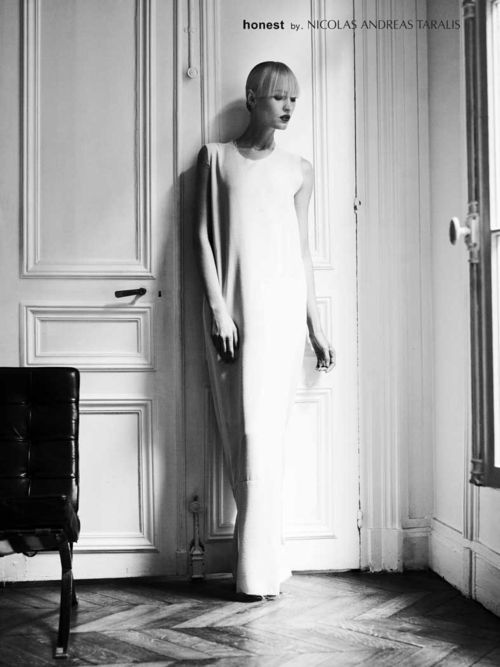 honest by, announces their second collaboration which was launched on line yesterday. The new collection s designed by Nicolas Andreas Taralis and consists of two women's wear designs varying in fabrication and color. Taralis has used organic cotton, sil, and wool within a limited edition of pieces created for honet by,.

honest by was conceived by Bruno Pieters and was launched January 2012. The company is unique in communicating about the supply chain of its products and pricing. honest by is the first company in the world to share the full cost breakdown of its products. The word Honest refers to the way in which the Honest by store operates, with a 100% transparency policy.

Nicolas Andrea Taralis 37, born in Toronto, Canada, studied under Helmut Lang in Vienna, assisted Hedi Slimane with Dior Homme and presented a collection for Cerruti. He launched his label in 2004.