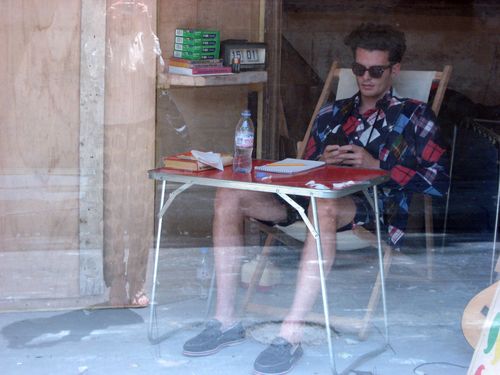 There is a young man sleeping in a window, one overlooking rue des Coutures Saint-Gervais, in downtown Paris. He's wearing a piece from Band Of Outsiders' spring 2013 collection just as he has been for roughly 40 hours now, with roughly 20 more to go. If you happen to pass by Galerie Dominique in the daylight, you could keep him some muted company by lingering before the glass, and if you're patient enough you would see him briefly leaving his place to change into the next look every 90 minutes. Otherwise, you can keep an eye on him now and then through the live broadcast at the-longest-show-ever.bandofoutsiders.com or, of course, Now Fashion. Band Of Outsiders' designer Scott Sternberg was inspired by the Occupy Movement and its promising worldwide diffusion, and a pattern of indigo sailboats and red and blue, muted quotation marks recurs in his silent, gentle protest, sweetened by a mildly nostalgic Fluxus feel and heart-warming, comfortable clothes. 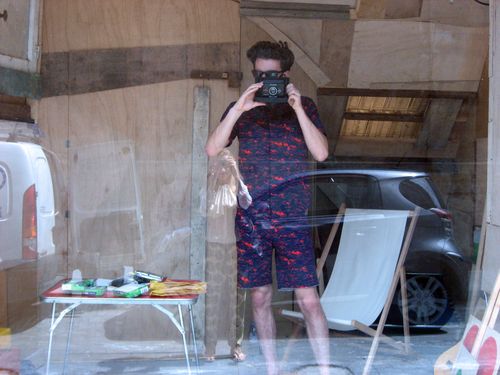 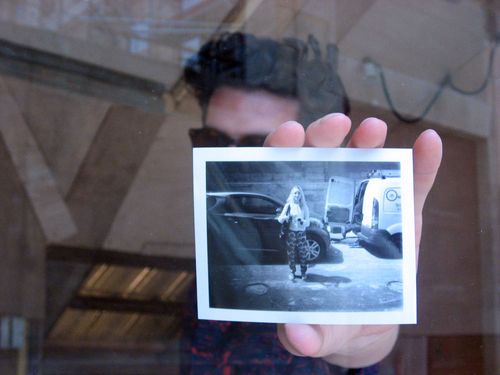 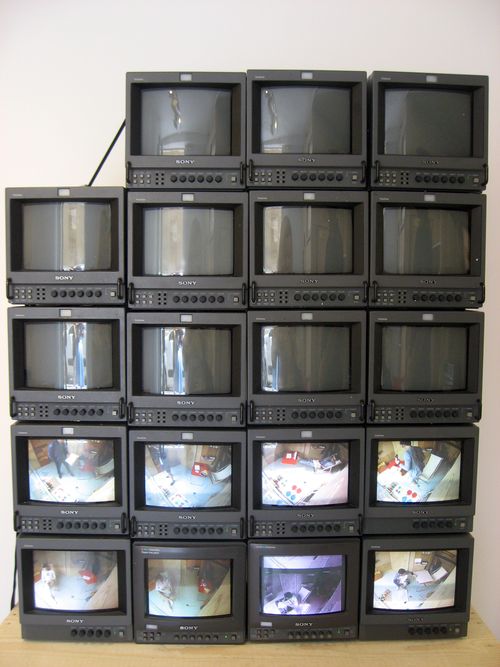 The running monitors show recording of his previous outfits 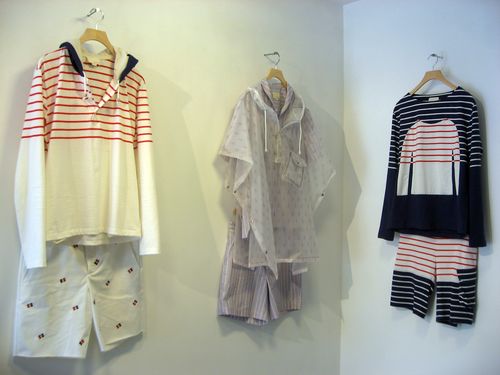 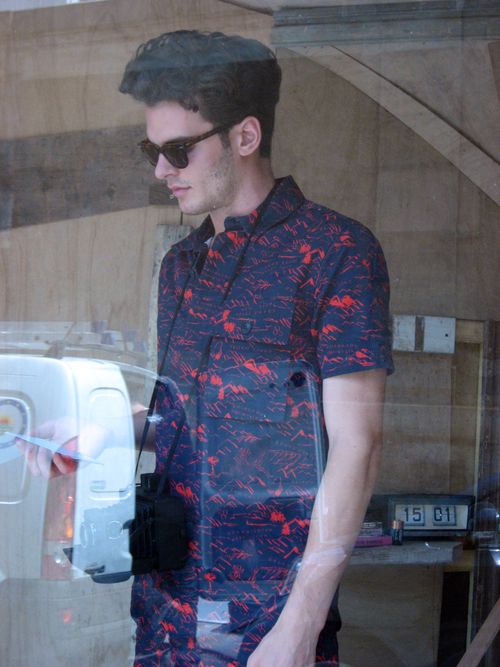