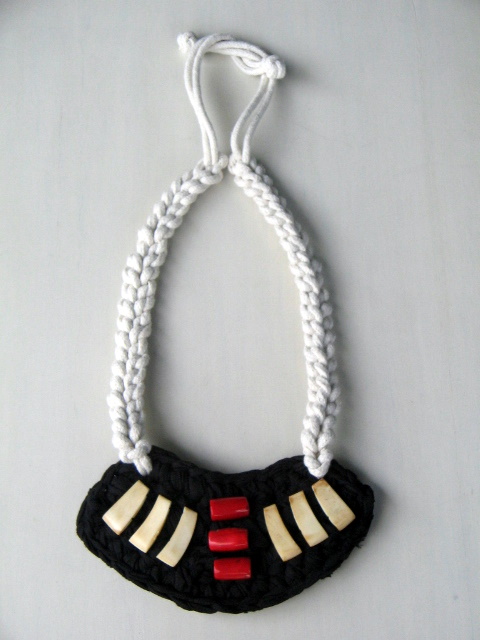 Born and based in the Philippines, Vida Macasaet starting making jewelry in 2005 when she decided it was time to quit smoking. Having to find new ways to use her hands, she turned to hand crochet as a source of inspiration. Avoiding metal in her work -which feels too hard to her liking- Vida sews each bead by hand, using a series of knots for the chains. I like the simplicity and naive charm of her pieces, which can be bought online. 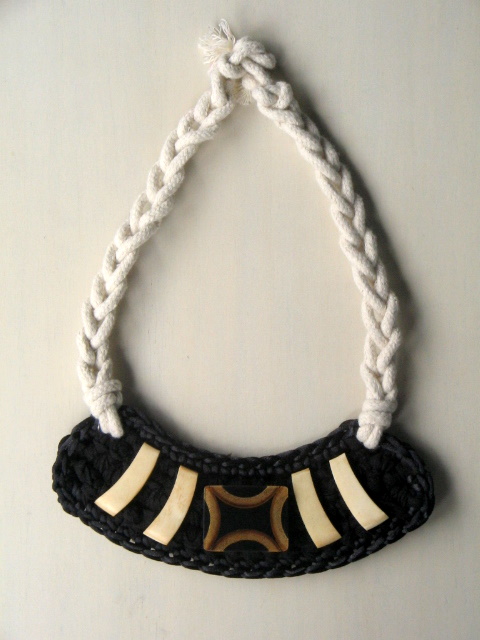 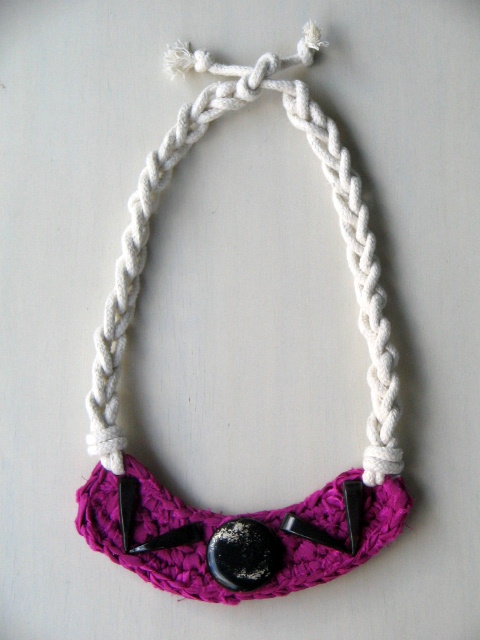 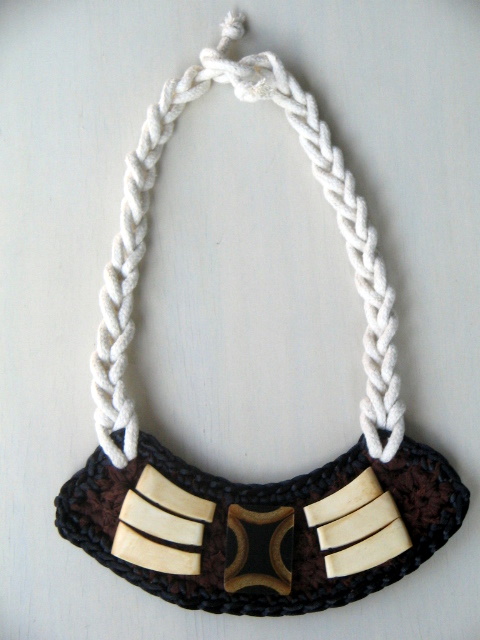