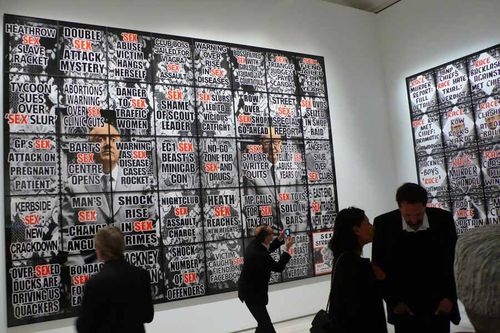 Gilbert was born in the Italian Dolomites in 1943 and George was born in Devon, England in 1942, they met as art students at St. Martins School of Art in Londonin 1967. They created their first "singing and living sculptures" this was the beginning of using themselves as both subjects and objects for their work. Soon they appeared in museums and galleries as living sculptures. Their first grid-arrangements started back in 1971 and became the Gilbert & George signature. The two have worked as 'one artist' for the past 40 years. 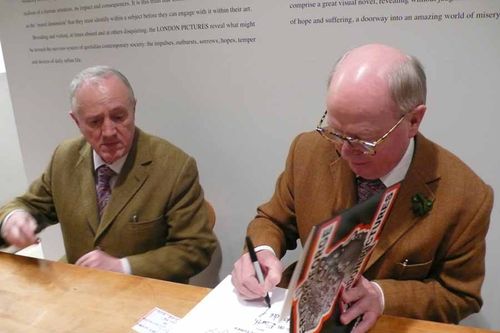 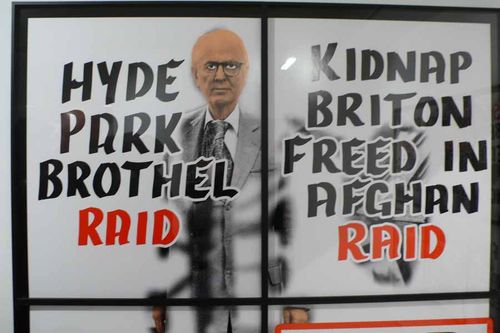 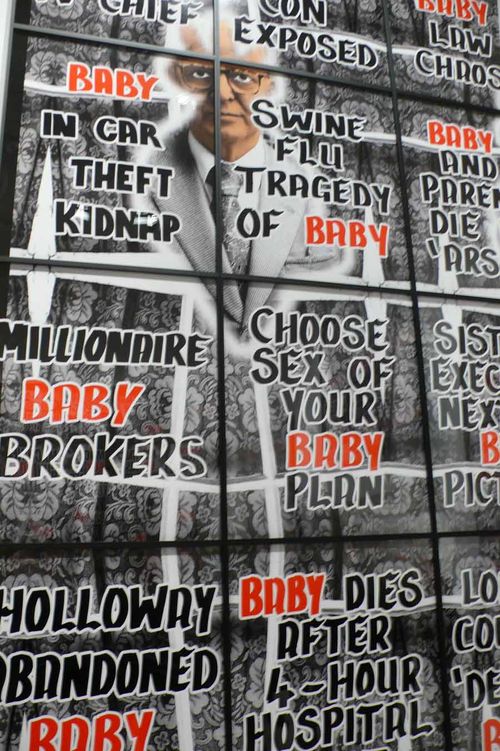 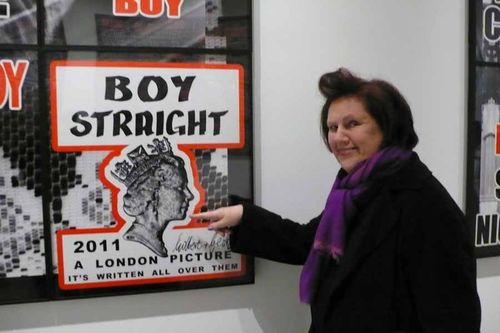 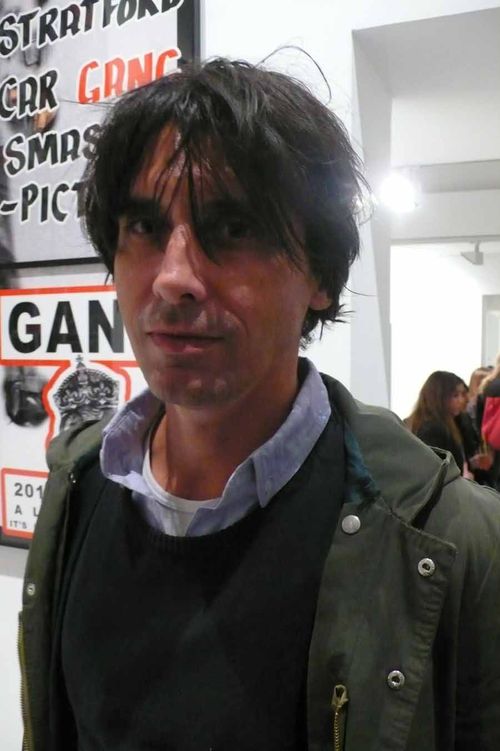 Director Francois Roger,every now and then we run into each other. Like Jerry Schatzberg, he was a fashion  photographer before becomming a film director. I met him about 12-15 years ago when I was a fashion editor forJOYCE Ma. 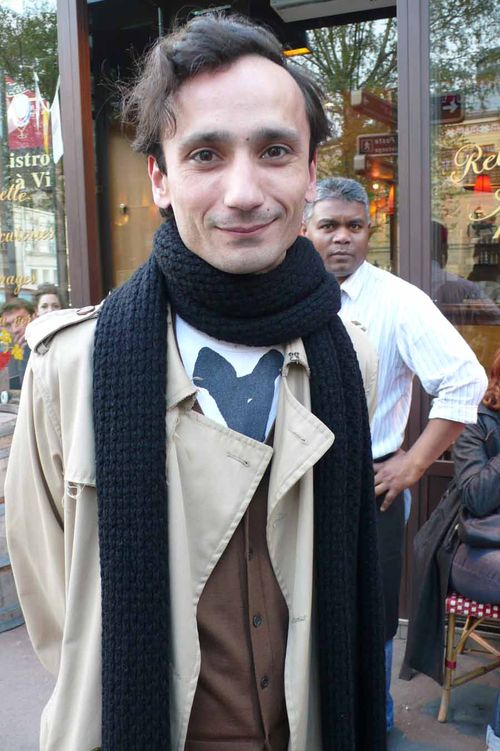 Outside I ran into another old friend, Prada's Serge Carreira. I met him when Disciple films and I were making Fashioned Out, fashion films that were commissioned by Galeries Lafayette, at that time he was working for Galeries Lafayette and we were a bit of a success because , thanks to Gilles Dufour, I interviewed Catherine Deneuve for our films and GL was thrilled to have her in their windows. Happy to hear that Serge is moving into my neighborhood next month. More teas at les Deux Abeilles.