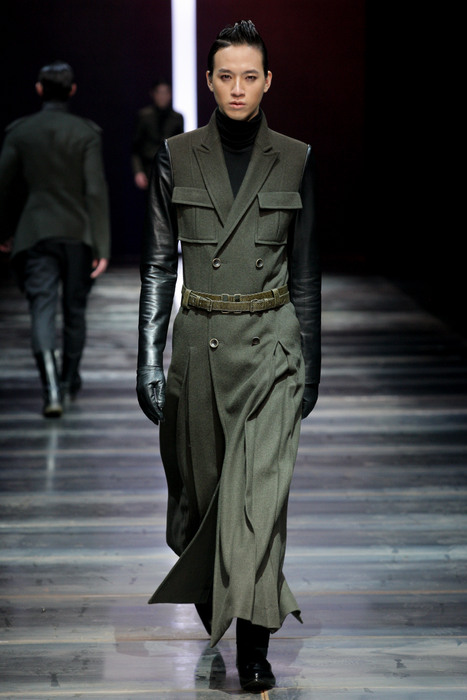 Resurrection's collection tapped into the current military trend, offering a convincing take on camouflage, uniform styles and rigorous tailoring. Juyoung Lee's vision of menswear is elaborate, elegant and edgy at the same time. Some coats were beautifully embroidered this season and she made diamond checks look fresh. 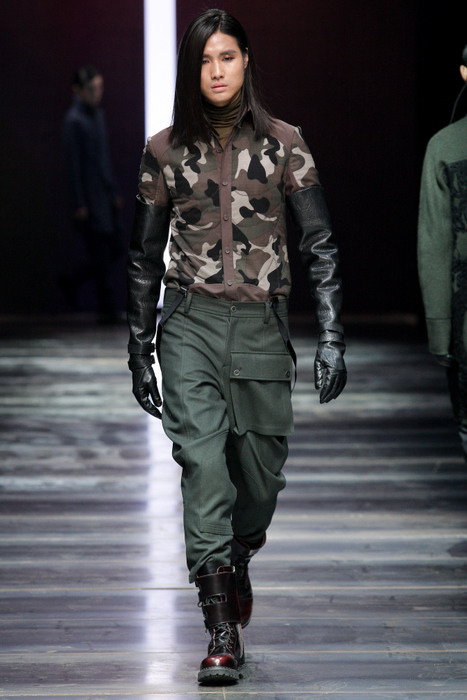 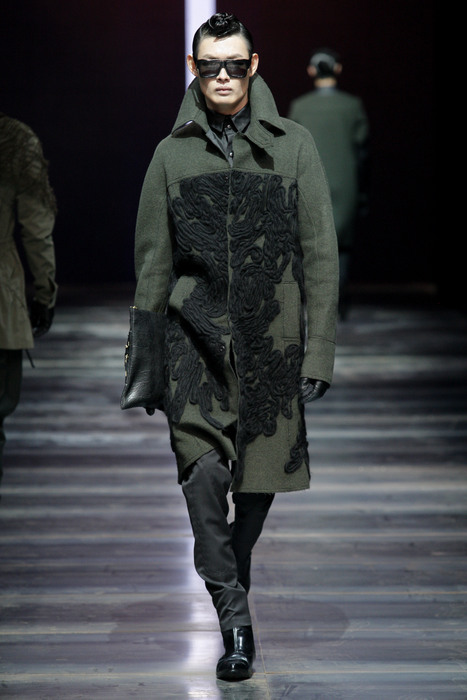 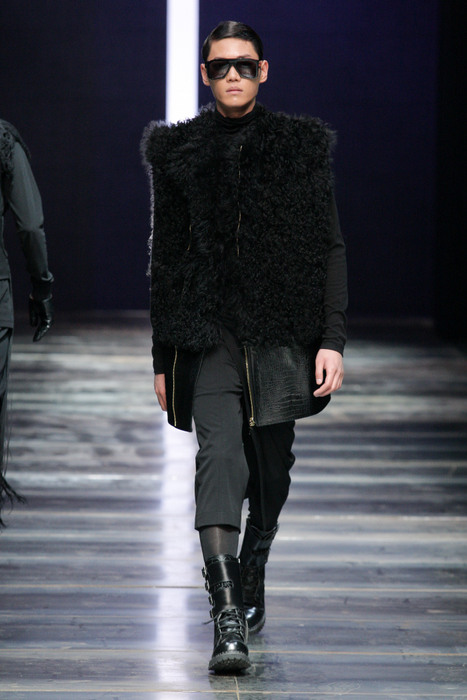 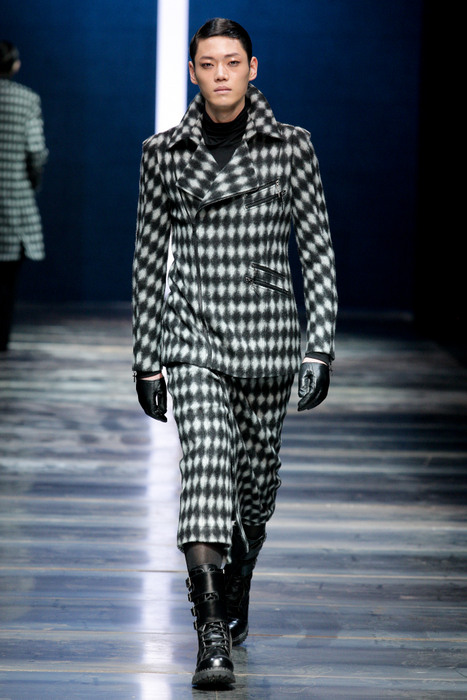 A standout piece was a ruched leather jacket with drawstring detail. It had to be black, obviously. 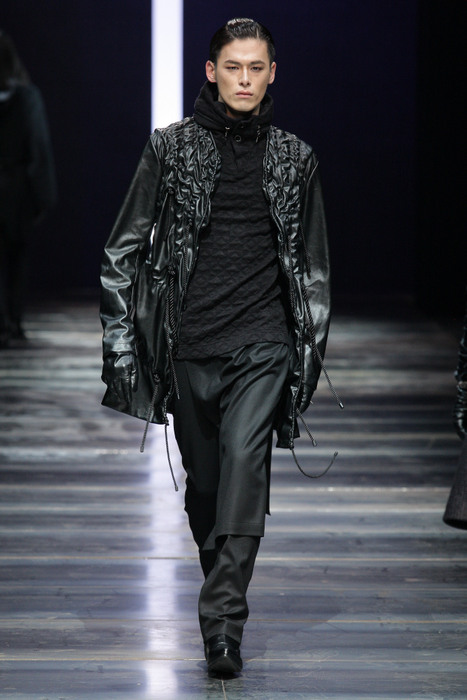