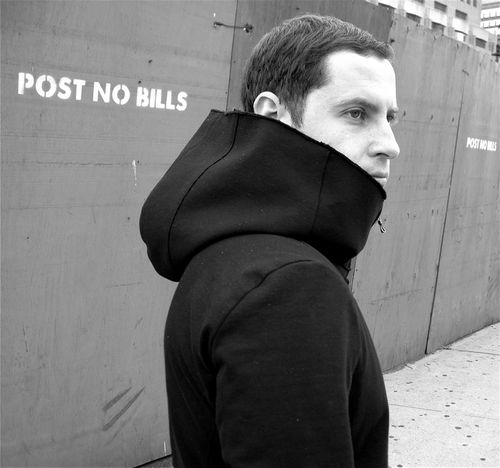 Eugene Rabkin knows fashion and clearly loves it, even though he's far from being naive. The Russian, New York-based publisher and journalist, took an unusual path, going from the creation of a successful forums website -www.stylezeitgeist.com- to the recent launch of a striking publication, which feels more like a luxurious object than a mere magazine. Rabkin likes contradictions and he's able to pin them down easily within the industry, while keeping his passion for clothes and culture alive. The first issue, with contributions from Iris van Herpen, Rick Owens -and the support of Cintra Wilson as senior editor- impressed the fashion cognoscenti, establishing StyleZeitgeist as a substantial and inspiring title. In this exclusive interview, Rabkin talks about the current state of fashion, the growing relevance of craftsmanship and why this may be, after all, a great time for young designers. 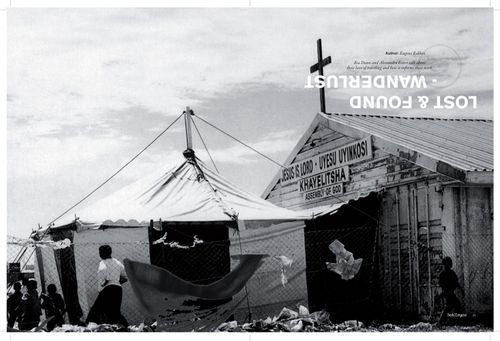 How did you get the idea of launching your own magazine?

Well, I had the forums online for 4 years already. It started out really small, but by the time I was thinking about doing a magazine -Florian Schmitt, who runs Hi-ReS! in London, being the one who dropped the seed into my head- the website already had 9000 members. Being a freelance journalist working for several international publications, I had relationships that had developed over time with several designers, PR companies, and stores. In fact, I had all the building blocks in place, which are necessary for a magazine. I was sitting with Florian one day and we ended up talking about The Face and i-D, which were really influential for people who are in their 30s now. I felt I could make it happen and launch my own magazine. It wasn't like starting from scratch.

What was it like doing it for the first time?

Lots of logistics, I guess. The learning curve is steep. But it was incredibly exciting to go from being merely a consumer to being a producer. The creative process is very gratifying. 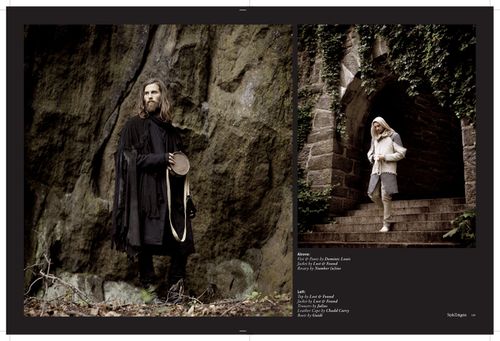 Did you identify a gap in the market?

I think there is one. There is a niche of readers who want long, in-depth articles about designers and cultural figures. They don't want to be told what to wear and tend to identify more with designers as creators. They want to know about their worldview, their cultural connections or philosophy. I think I can provide that, concentrating on fashion and culture. It's a big part of the magazine. It's more for people who already know fashion.

With the increasing presence of the Internet, do you think magazines need to reposition themselves?

Yes, they do. I wonder if the fashion magazines got too complacent, but I've seen erosion in quality, especially when it comes to writing. People are clamoring for information faster now and the Internet provides that. Why would I go buy a magazine that replicates it? It has to be an object in itself. For instance, we have a website where we put time-sensitive content, such as runway shows reviews or new collections, but we put the in-depth articles in the print version. I see the magazine as something timeless and classic, which people will want to keep on their shelves.

It's funny, because what you're saying also applies to the industry as a whole. It's that fast fashion versus luxury thing.

I think there's been an incredible stratification in the fashion market, where the middle has been sort of taken out by the financial crisis. Natural resources have become more expensive as well. Expensive clothes are, in fact, getting more expensive. The cheaper clothes are getting cheaper. People have gorged themselves on fast fashion, and now they're vomiting it all back out. They want quality clothes and they're willing to buy much less frequently. They will be spending more money on a single garment. After all, how much do we need? The word "need" does not even apply to much of the Western capitalistic world. Is craftsmanship more relevant than ever?

Definitely. StyleZeitgeist, for one, draws an audience that worships artisans who are in control of their craft and can master their m