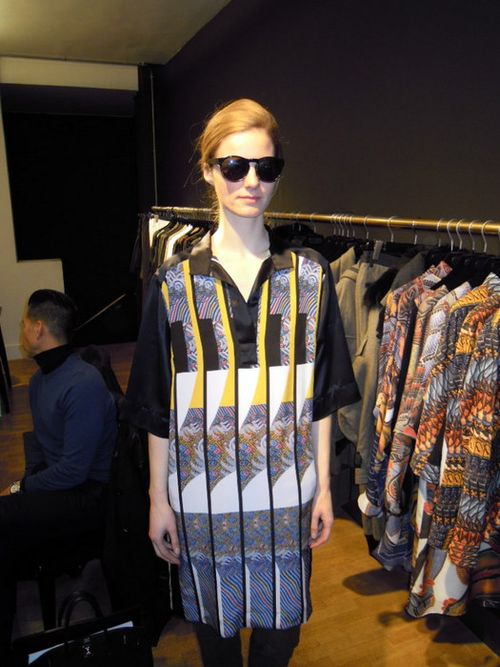 There's always something to discover in Dries Van Noten's showroom. His pieces are exciting, innovative and wearable, too, explaining his success and longevity as a designer. His embroidered jackets were stunning, including this one, a DP favorite. 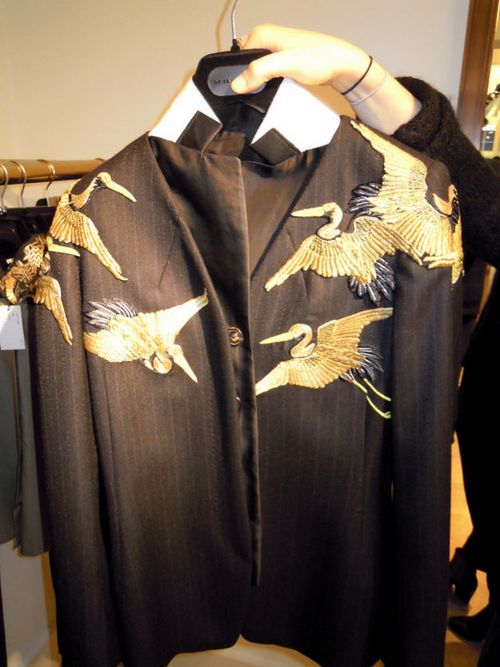 Outerwear was strong this season and I loved his masculine coats, ranging from military-inspired shapes to printed styles. 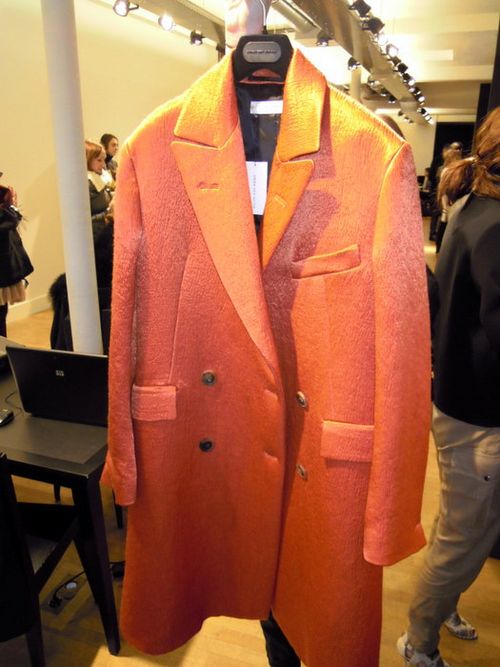 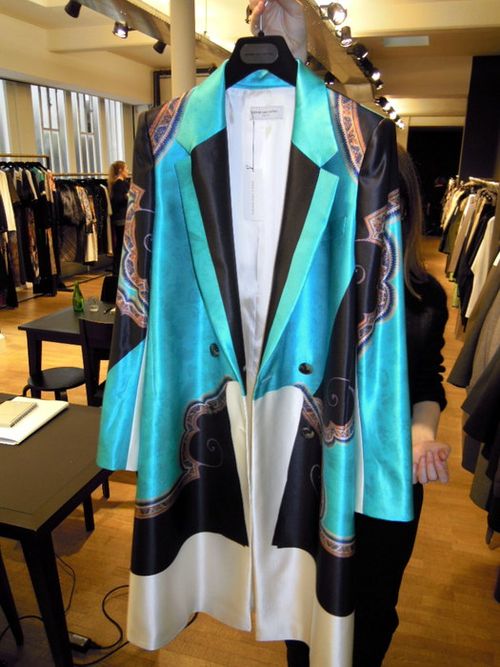 I spotted a cool mohair sweater, which reminded me of Sid Vicious. It made me wonder if Dries was not a punk at heart, albeit a very chic one. 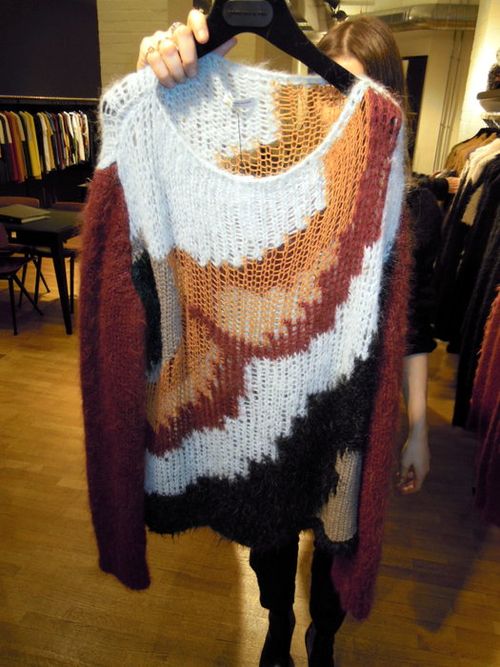 The footwear line keeps growing each year, and I loved these metallic leather boots with a substantial heel. You'll be reaching new heights when you've got them on. 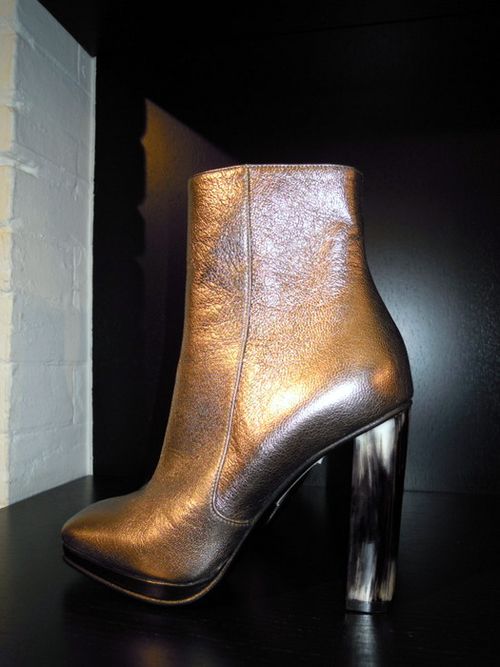