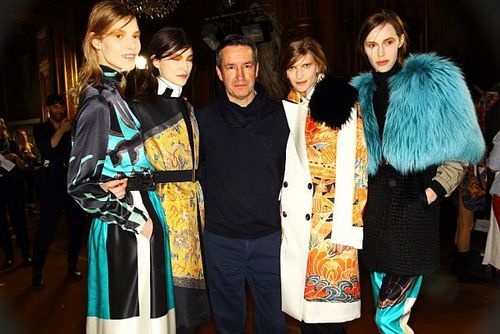 Dries Van Noten presented a serene and seductive collection yesterday, with a hint of Japonisme and historicism. Using prints from costumes in the Victoria & Albert Museum in London, he combined menswear pieces with fluid garments, evoking a contradictory -but confident- woman. I loved his fur chubbies, which looked fresh and glamorous. 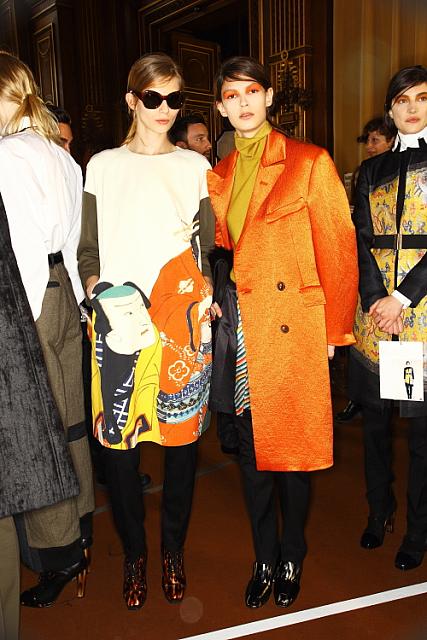 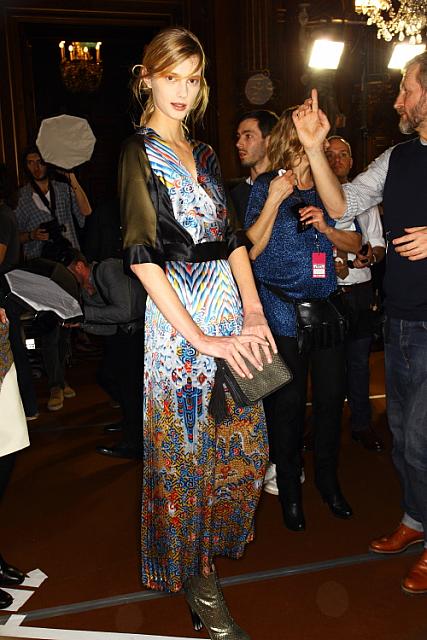 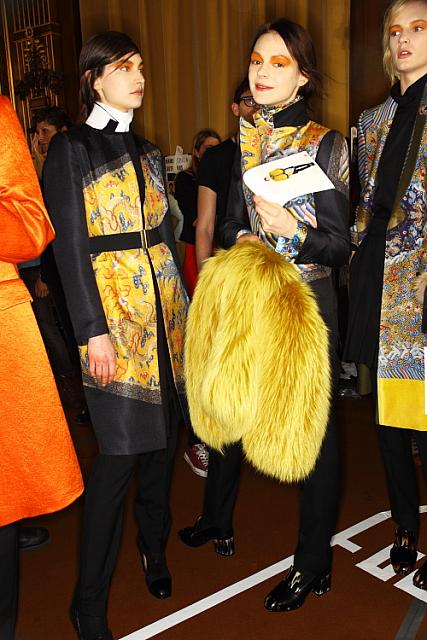 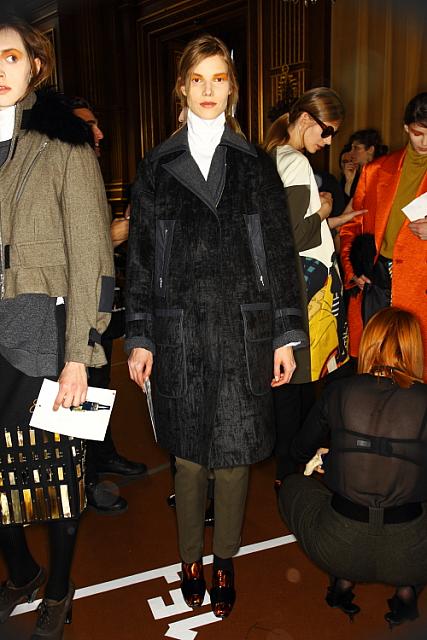