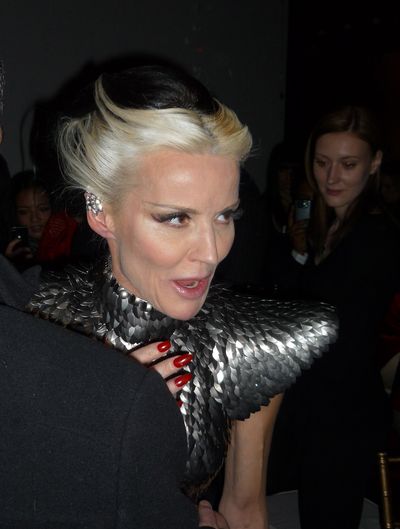 Last night I attended the premiere screening of “The Legend of Lady White Snake”, a short film starring the incomparably chic Daphne Guinness. Based on a Chinese legend, the film is directed by Indrani and features the fashions of Genghis Khan. As I prefer to attend New York Fashion Week events that are off-site (this one was happily only 4 blocks away from my apartment), I was delighted to be in the dramatic interior of the Angel Orensanz Foundation–a space made famous back in the ’90s when Alexander McQueen showed his first collection there.

I wasn’t sure if the Honourable Daphne Guinness would actually be in attendance and was rather stunned when I saw her sitting a few seats away in a floor-length metallic “snake-scales” dress by Genghis Khan and gravity-defying platforms. I’m rarely awestruck by anyone, but she emanates a powerful aura–and also a vibe that is a curious mix of haughtiness and vulnerability. 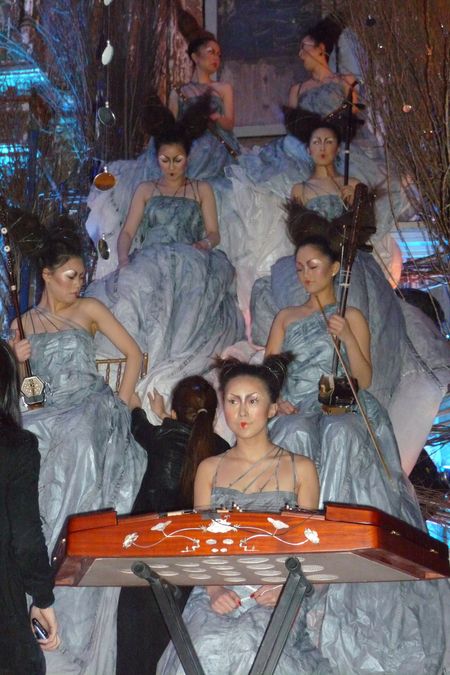 The event was full of surprises, including this enchanting Chinese band, the Viva Girls, who performed after the film was screened. I can’t imagine anyone not being obsessed with Daphne’s hair. 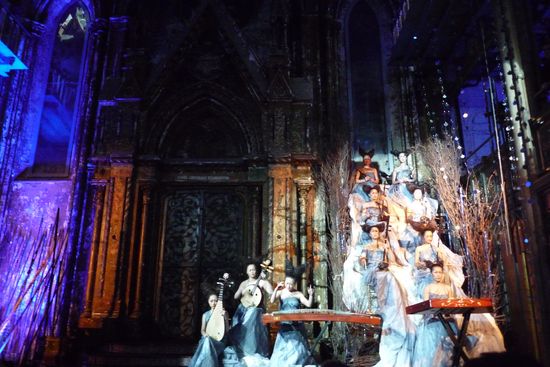 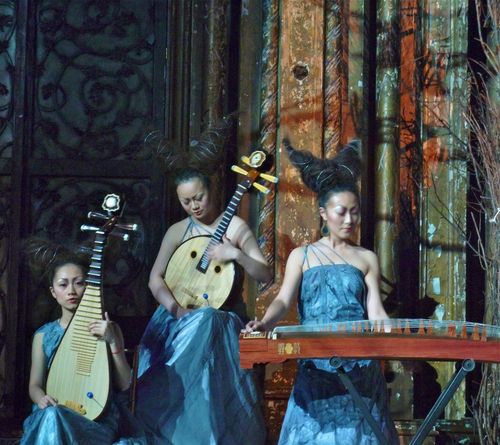 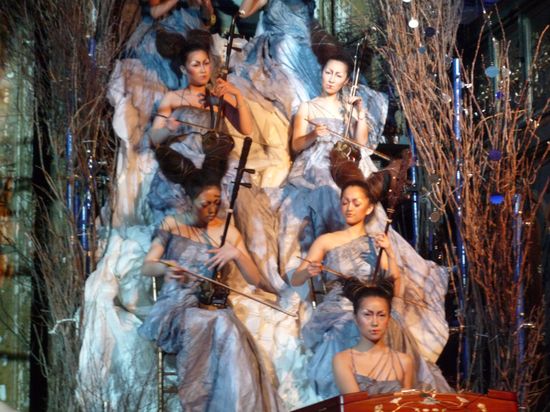 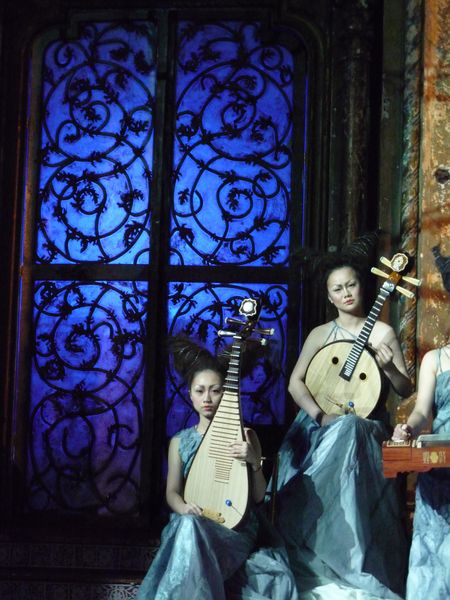 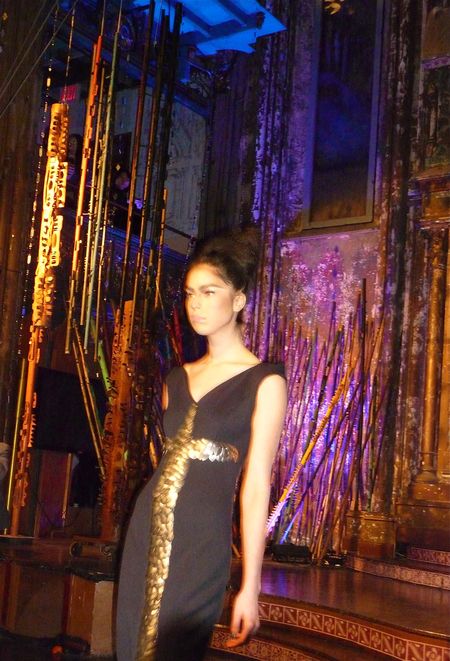 A fashion show of Genghis Khan by GK Reid capsule collection commenced after the musical interlude. 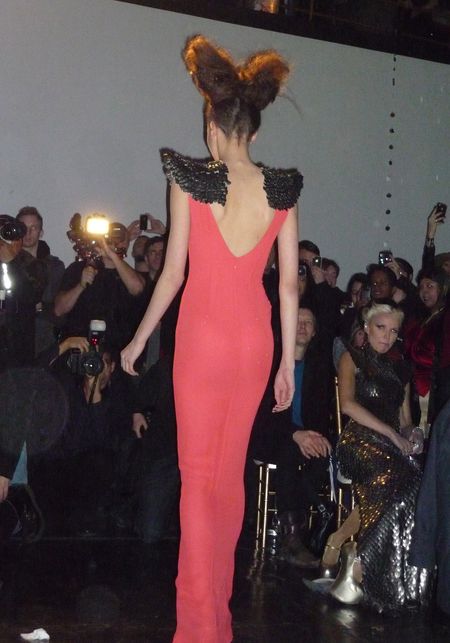 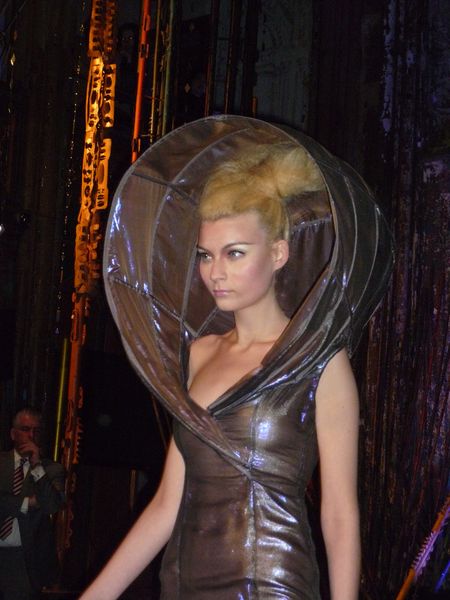 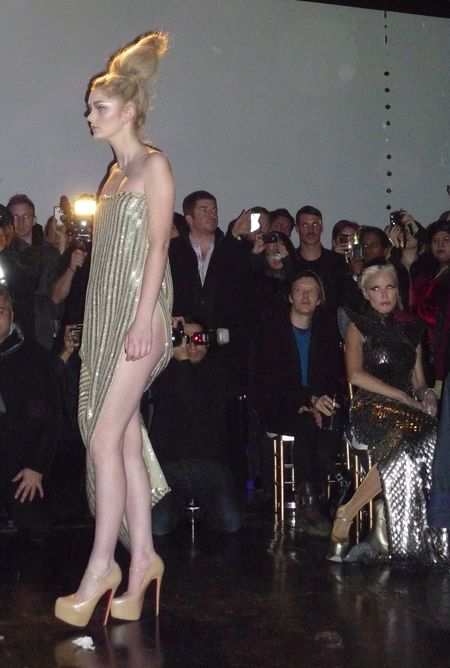 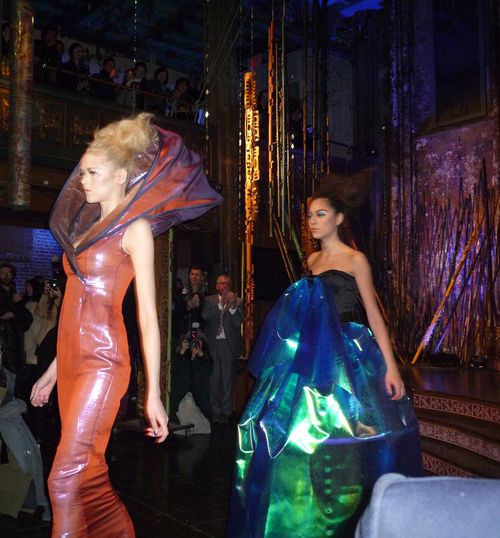 Daphne slithered through the crowd after the show and her bodyguard was never more than three inches away, making photo-taking a bit challenging. 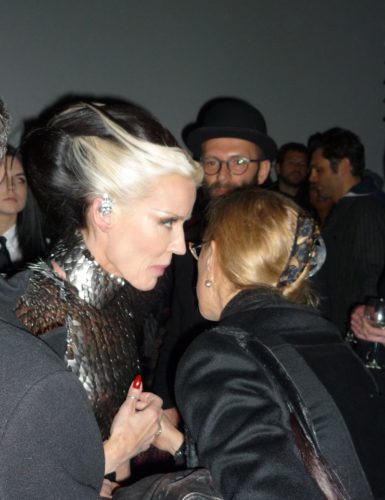 Daphne greets FIT’s Valerie Steele, who is the author of a book about Ms. Guinnness. 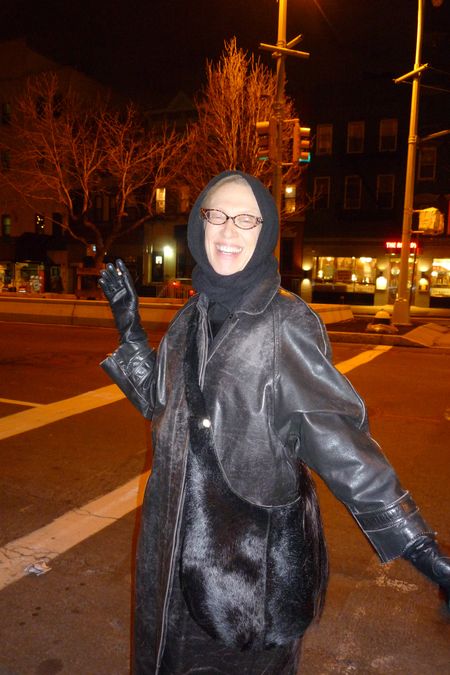 Afterwards, we ran into Valerie on Houston Street.