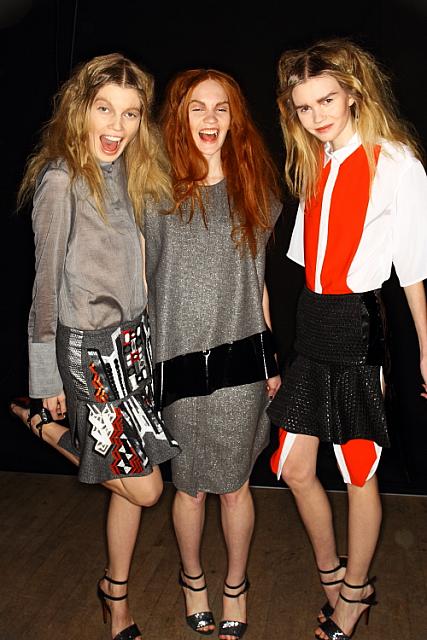 Stockholm Fashion Week started yesterday with Altewai.Saome's inspiring and high-energy show. Natalia Altewai and Randa Saome launched their line in 2009 and I was impressed with their sense of cut, texture, volume and luxurious detailing. They combined a great techno fabric -resembling plastic bubble wrap- with more traditional woolens and exquisite embroidery. The clothes were minimalistic in spirit, but innovative in their execution and use of embellishment, as well as layering. It was a young, chic and self-assured proposal. 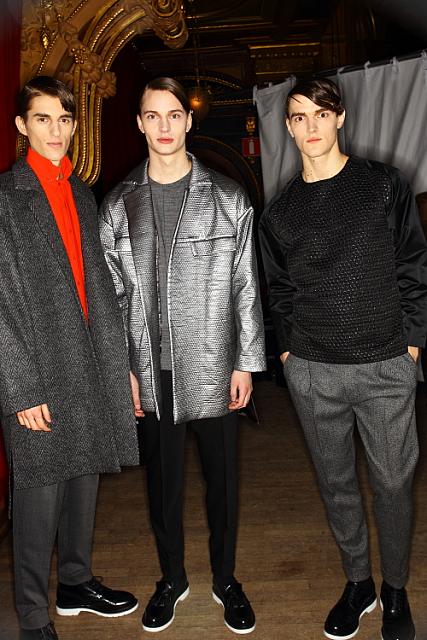 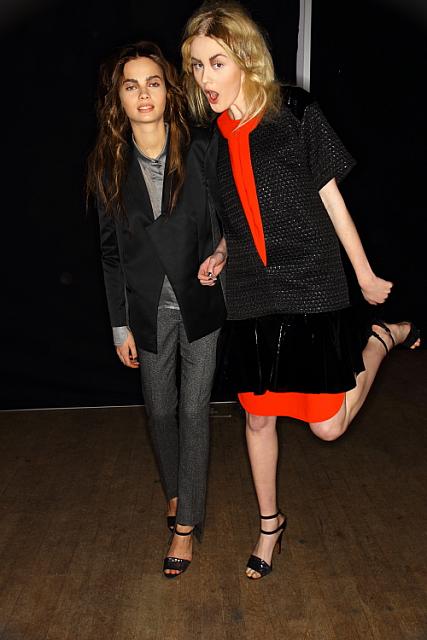 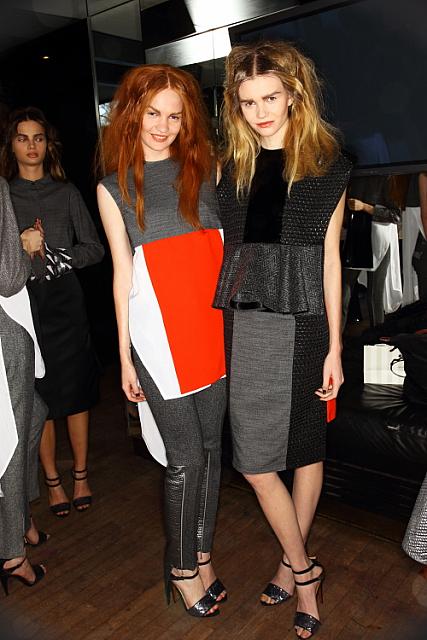 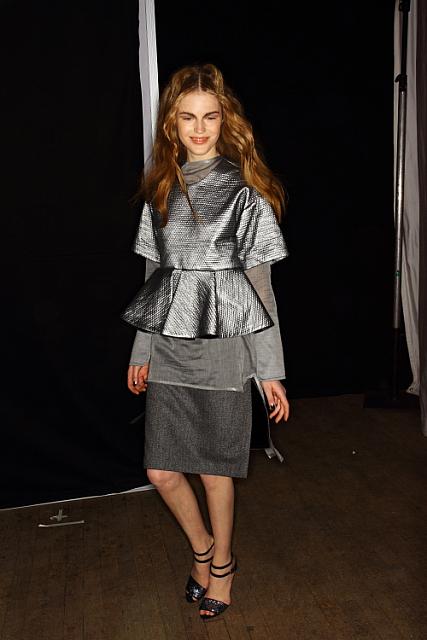