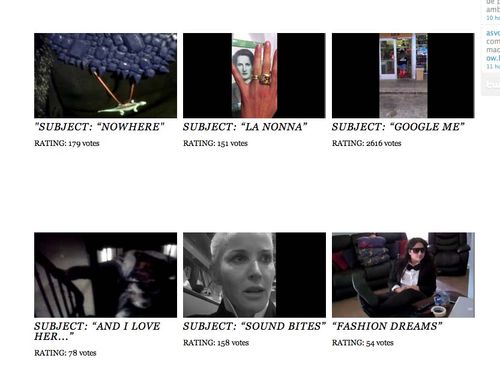 If you would like to know why the uploading and voting for the mobile fashion films has been extended it is simply due to a mistake with the date on the www.asvoff.es face book page which stated the 17th when all other communication tools stated the 9th. Also in the beginning we said one shot one minute, results were not what we had hoped for and so we permitted editing which makes for a far more interesting mobile phone film. Keep in mind the idea of the mobile phone is to use it as a the tool,  what you do afterwards in post production is entirely up to the filmmaker. So if you are not happy with your unedited submission than you have until 17 January to submit yet another film for the competition. Get your phones out and have fun. It is a new idea for a fashion film and we are also in the process of learning  how to get the most out of the tool.

Attention: If you are caught tampering with the votes for your mobile film, your film will be automatically deleted from the competition.