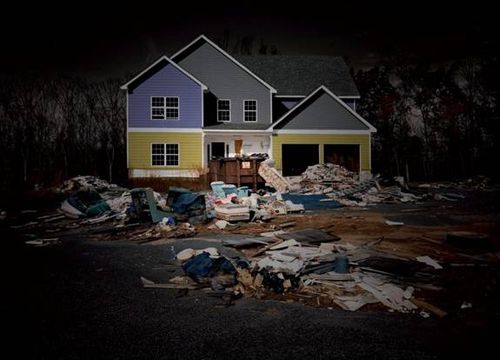 This is not a House formed part of an assignment for The New York Times Magazine, one that turned into an international controversy.

In the winter of 2008, Edgar Martins produced photographs that explored the collapse of the US housing market. He photographed abandoned homes, golf courses, ski resorts, hotels and other building projects in sixteen locations, across six separate states.

In the summer of 2009 the work was published and a heated debate was the result of Martins deciding to digitally re-shape a select few images.

According to the author Peter D Osborne (who contributes and essay to the book of the project), America is a