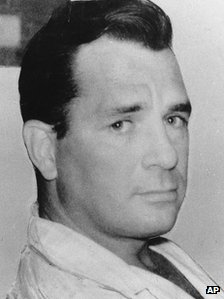 American author Jack Kerouac's first ever novel, which was thought to be lost, has been published 40 years after his death.

The American writer, who was hailed the king of the Beat generation and a hero to many young men, penned The Sea Is My Brother aged 20, based on his years as a merchant seaman.

It features correspondence with his best friend Sebastian Sampas and recalls his "life and experiences" at sea .