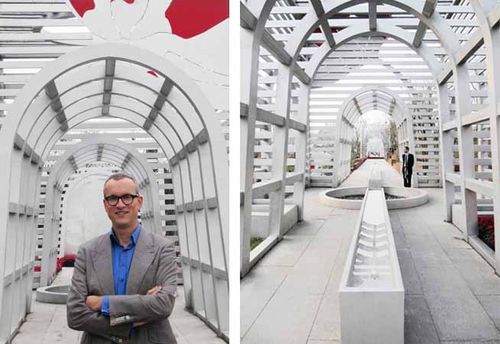 The tulip master aka Ronald van der Hilst has designed the pavilion for the Province of Antwerp's garden on the 8th International Garden Expo in China – host city Chongqing.There are 34 million inhabitants in Chongqing which is situated on the Yangtse River and is the largest municipality in the world and most likely, the least known. The tulip motif is one of the links between the two river towns. China is the country where the flower was described for the first time. The flower then found its way west via the silk routes and emerged in Antwerp in 1562 via Istanbul. 2012 marks the 450th anniversary of the European discovery of this exotic flower.

The International Garden Expo in Chongqing will run until 2012.