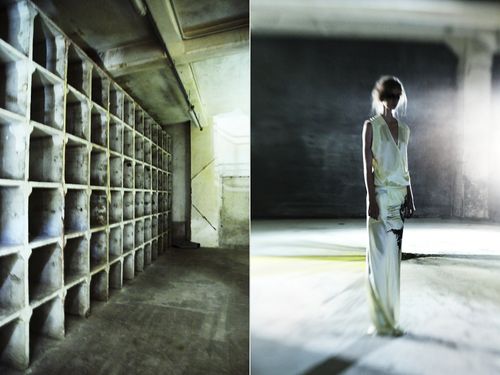 Amygdule is a series of visions in photos and videos narrating the imagery that fuelled the Ilaria Nistri S|S 12 collection.

The collection is  dotted with graphic signals of inevitable rupture: overlapping faces, imperfect yet coexisting, crumbling before the inevitable wake up call of a multi-shaped liquid identity. 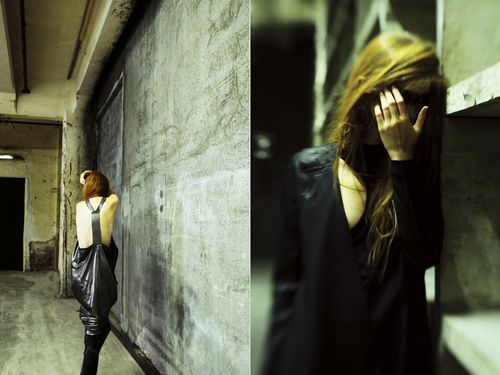 In the knowledge that no formal definition can convey the complexity of a metallic fluid iridescence, self-awareness inevitably passes through pain. A misty dawn tinged with yellow breaks in a scenario of unexpected memories, fits and starts, prisons of the Ego. Consciousness multiplies and unites, immersed in a rarefied atmosphere that illuminates a new emotional panorama: awareness for new-found peace. Against the backdrop of the Stazione Leopolda, the emotional charge of the Amygdule project makes its mark thanks to the images by photographer Monika Bielskyte. 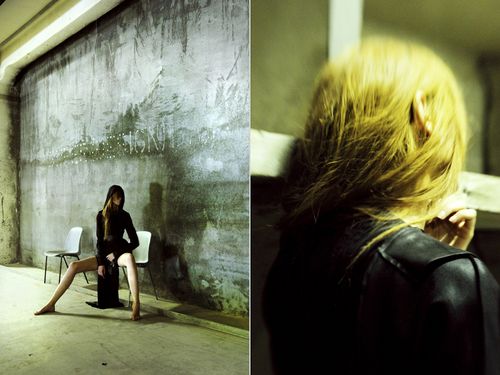 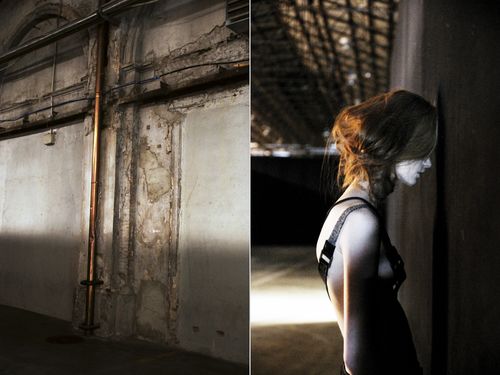 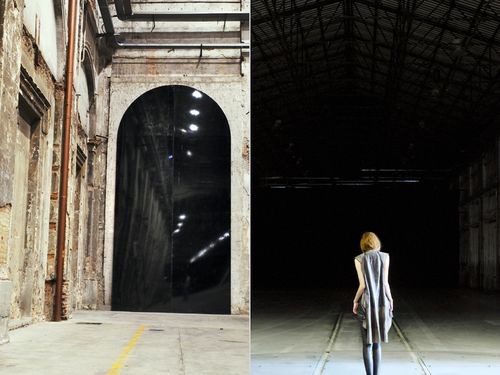 Whereas the fashion film Amygdule, was entrusted to almagreal, the creative unit formed by Massimo Alvito and Giulia Reali. "