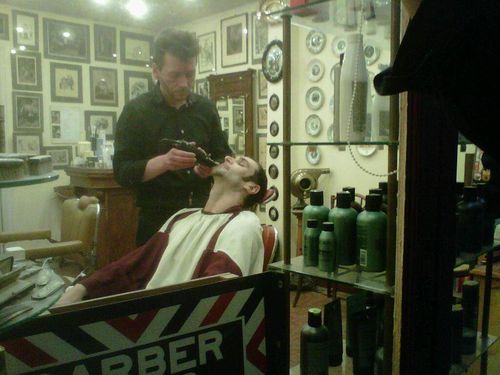 I felt like I was in a Martin Scorsese film but in fact it was a little barber shop in le Marais.