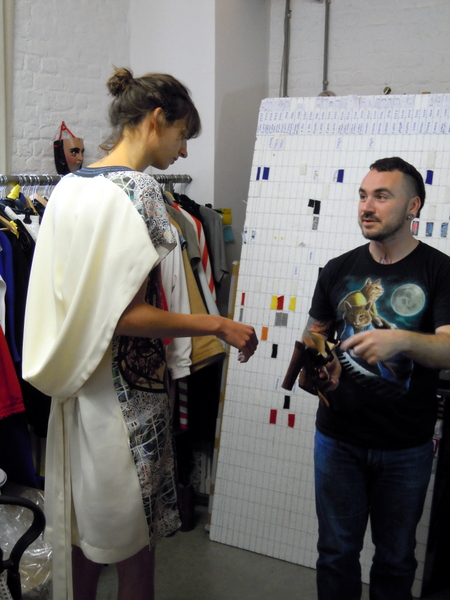 This morning, I was treated to an exclusive preview of Jean-Paul Lespagnard's new collection, which he will present in Paris on the 28th of September. When we first talked about it a few weeks ago, I remember Jean-Paul telling me he had the 1920s and basketball on his mind. Call it fashion telepathy if you wish, but shows in New York, London and Milan have been referencing the flapper's decade, as well as athleticism and a much more relaxed attitude towards dressing. I enjoyed looking at his moodboard to check what his references were. 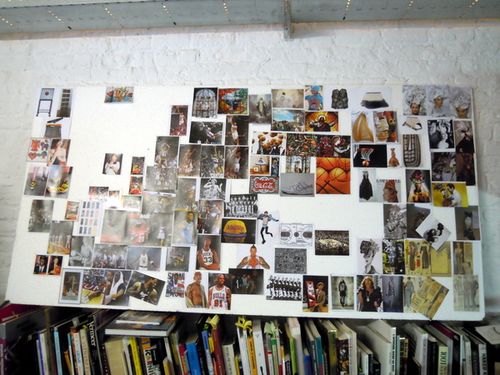 I saw several standout, desirable pieces. The fabrics, cuts and colours were beautiful, carving a soft, generous silhouette. Jean-Paul developed his idea of transformative garments he introduced last season, showing off his technical skills. A new sense of ease was visible in a kimono-like belted coat with a pleated back. It was made out of crepe, giving it a simple, elegant and timeless appeal. 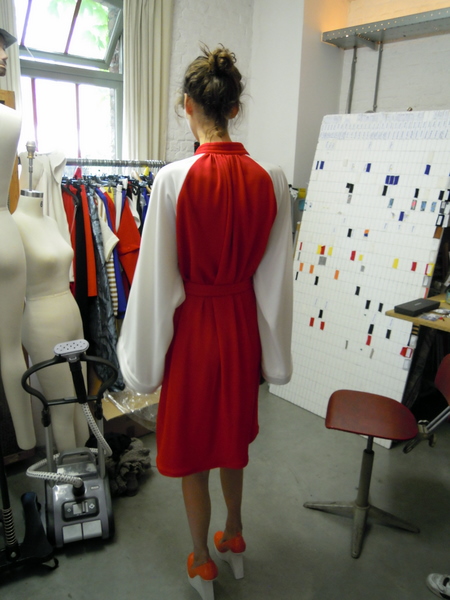 I wasn't apparently the only one interested in what the designer has to offer. TV channel Arte is making a documentary about Lespagnard and has been filming him for the past two years. It should be broadcast at some point during spring next year. 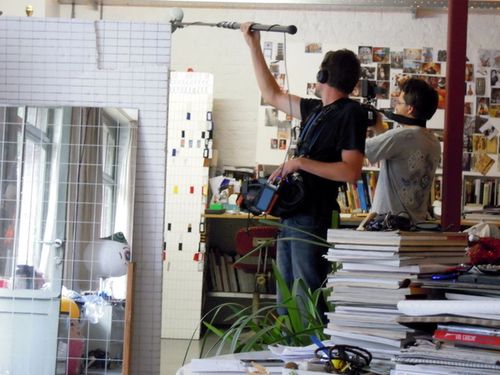