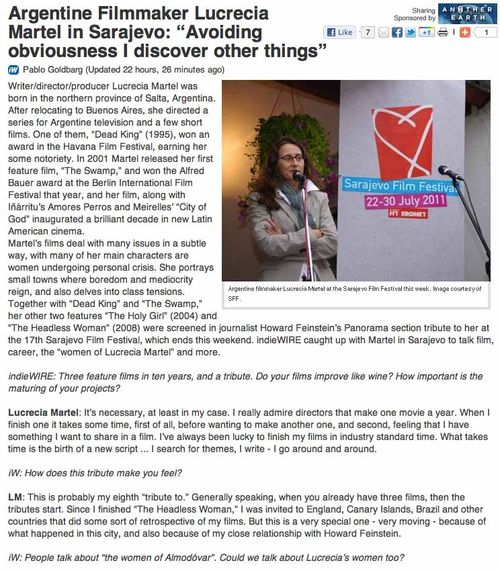 My first introduction to the work of Argentine Filmmaker Lucrecia Martel was when I posted the new Miu Miu film directed by her. It was amazing and I regret that I did not know about her work sooner. Anyway, I do now and so do you.