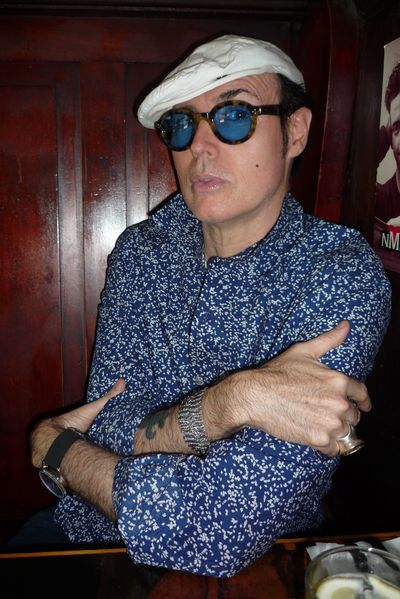 Yesterday I caught up with my friend Patrick McDonald, New York’s # 1 dandy, during lunch at the revamped Life Cafe on 10th street and Avenue B. He gave me a copy of the paper doll book he appears in (alongside Oscar Wilde, Beau Brummel and the Duke of Windsor–but of course Patrick is featured with the most outfits) and we pondered some plans to jet off to Barcelona next January to attend Diane’s A Shaded View on Fashion Film fest.

I can’t say too much but Patrick told me about his idea in the works to launch a monthly East Village soiree–a salon that will be something like Elsa Maxwell meets Auntie Mame–with an invite-only list of some of New York’s more colorful characters. The space has been designed by a famous interior decorator (whose name escapes me at the moment) in an early 1930s’ style. I’m very excited about it. It will be something very civilized, on a weeknight from 9pm to midnightish, with complimentary tipple. And it doesn’t get more civilized than that!

Talking to Patrick is always a delicious game of Warholian word association. The other day on the phone I was quoting Diane when she says, “I’m older than you but younger than Yoko Ono” and without missing a beat, Patrick announced, “I was sitting next to Yoko Ono last week while I was having lunch with Julie Newmar in Beverly Hills!” Throw in Charo and a cruise ship and you’ve got a must-see episode of “The Love Boat.” Considering his eclectic milieu, one can begin to imagine what Patrick’s new monthly parties will be like. The mind reels. 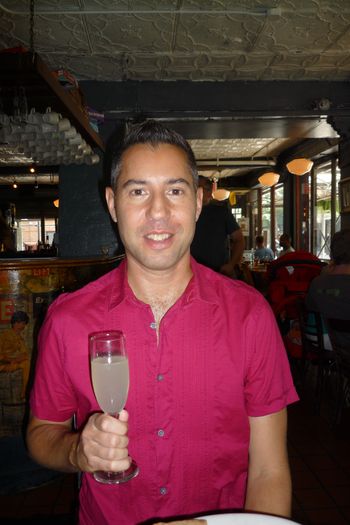 Me and my lemon bellini. I wasn’t going to drink at lunch, but Patrick knows the bartender and I was promised an extra-special concoction. I wasn’t disappointed.