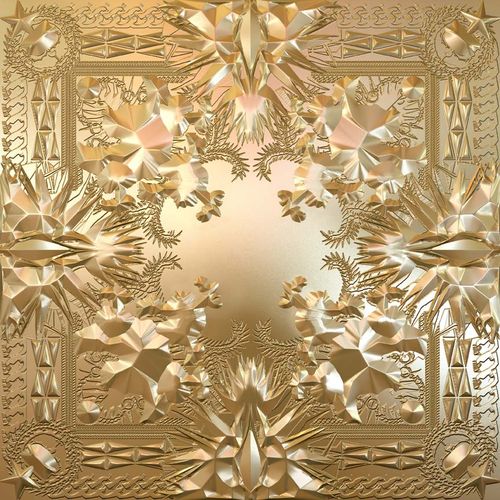 The inside artwork has also been designed by Riccardo Tisci and will be coming soon.

The album will be released worldwide in August 2011. After designing the cover for the album's first outing, 'H.A.M.', in 2010, Riccardo Tisci chose to create this new gold metallic cover to celebrate one of the biggest joint efforts in music history. Themes close to Tisci's heart, symmetry, lightness, strength, darkness, sharpness and 3D all play a part in the creation.

In the end of this month the full artwork of Riccardo Tisci, featuring many inside designs and a printed poster will be released.