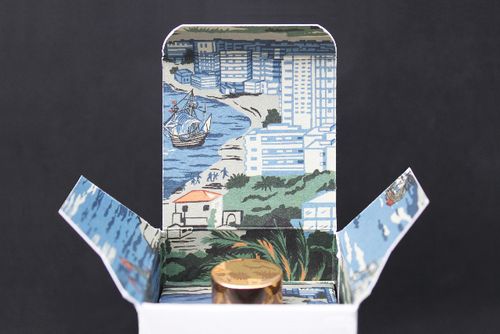 Hussein Chalayan spent his childhood moving from place to place and what marked the different environments was the smell. 'Airborne' is the fragrance that Hussein Chalayan developed with Comme des Garcons in his attempt to capture those memories of his journey from Cyprus to London. 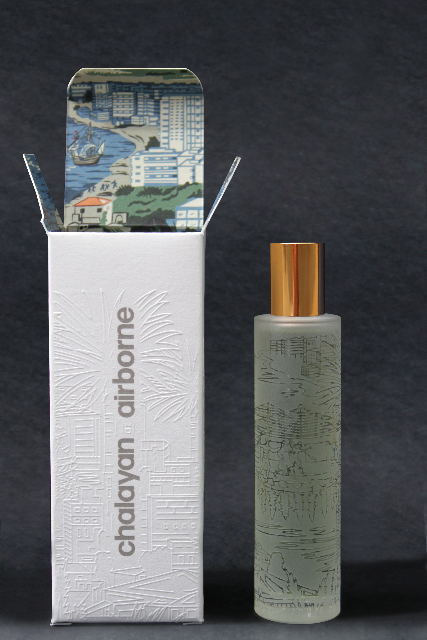 The 'fragrance' journey was to dissect all of the possible scents from the Northern Cypriot topography, which included  flowers, weeds and vegtables to air, the sea, earth and wood and where possible their burnt and fresh variations.

"After selecting different elements such as neroli, lemon and lentiscus from Cyprus, I proposed an imaginary scenario as to how these ingredients could incur change during and after an air journey from Mediterranean Cyprus to a London urban setting." said Hussein Chalayan

The perfume concept and packaging are by Hussein Chalayan. The perfume creation by and produced by Comme des Garcons. The international launch will be held on July 21st at the Dover Street Market and then distributed to all Hussein Chalayan clients by the end of the month.

The top notes: neroli of Tunisia, lemon from Syracuse, bergamot, the middle notes: lentiscus, juniper berry and the base notes: incense, musk and cedarwood.