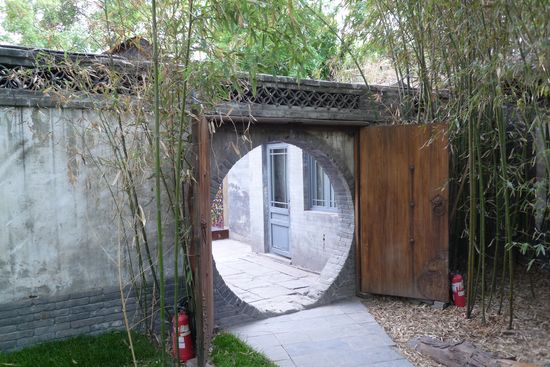 While I was in Beijing last week, my friend Aric Chen took me to a very special shop called Wuhao, located in the Dongcheng hutong district. Wuhao’s French founder and director, Isabelle Pascal-Pons, has transformed this amazing Chinese garden with a strong historical background into a unique retail space for cutting-edge fashion and design, featuring more than 55 designers. Of course, all the original elements–such as the old hutong walls of the garden–have been left unaltered so that the cultural integrity of the garden is carefully preserved. 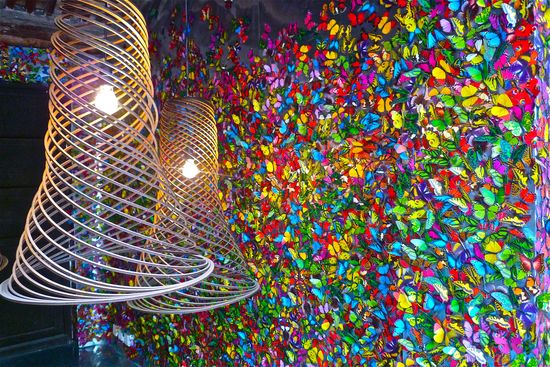 The entrance of Wuhao is adorned with butterflies to herald the arrival of spring. Isabelle changes the decor of the space to suit each season. 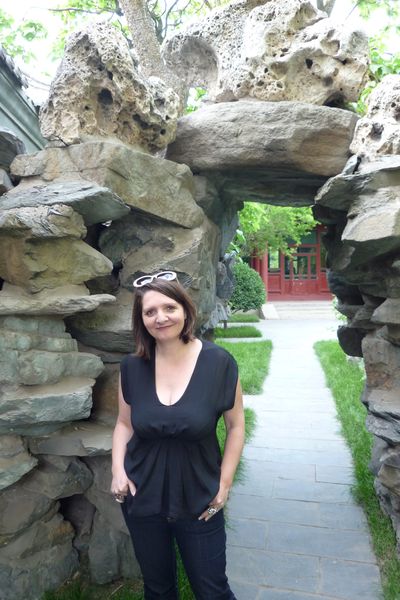 Isabelle Pascal-Pons standing by the famous stone arch. In Paris, she is known for working on such projects such as developing one of the first interactive CD-Roms for the Louvre. After several trips to China, beginning in 2002, she fell in love with the country and in 2007 she decided to immerse herself in the Chinese environment. She began laying the seeds for Wuhao in 2009 and the curated shop became a reality in 2010. 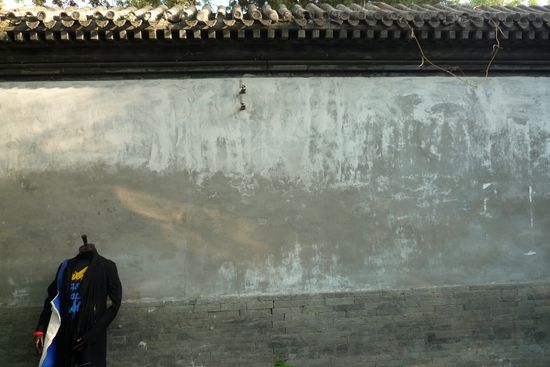 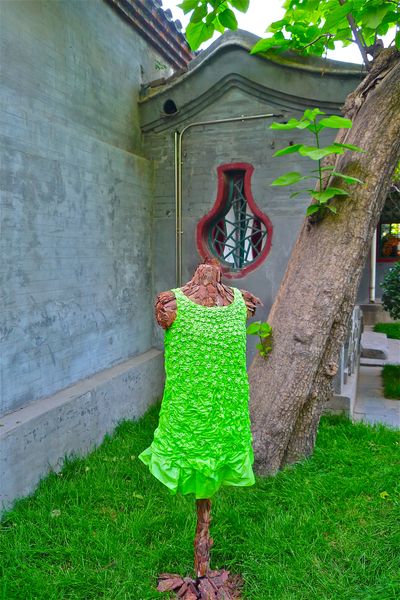 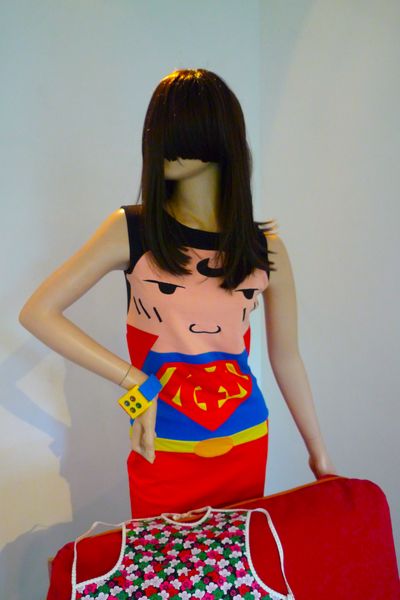 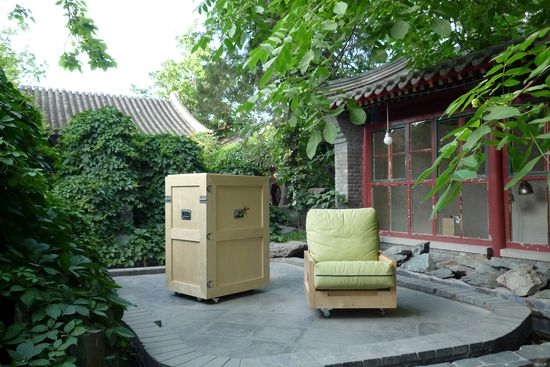 Hangzhou-based Innovo Design created this paper-wood furniture installation. I love how it works with the bamboo garden behind it. 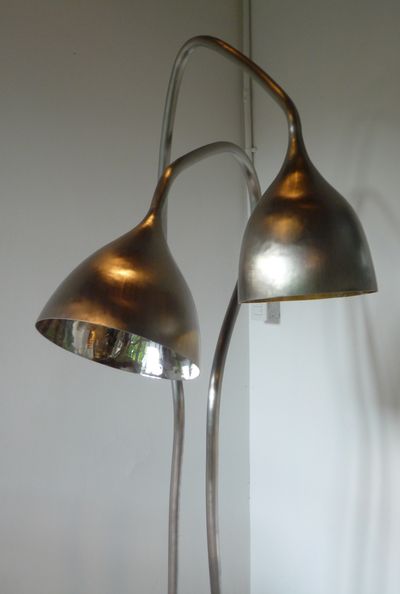 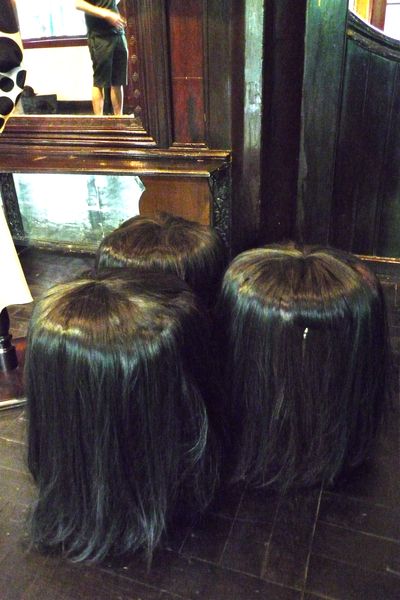 These whimsical hair stools reminded me of Cousin It from The Adams Family. Isabelle designed them herself as an homage to all the designers who are working with hair. 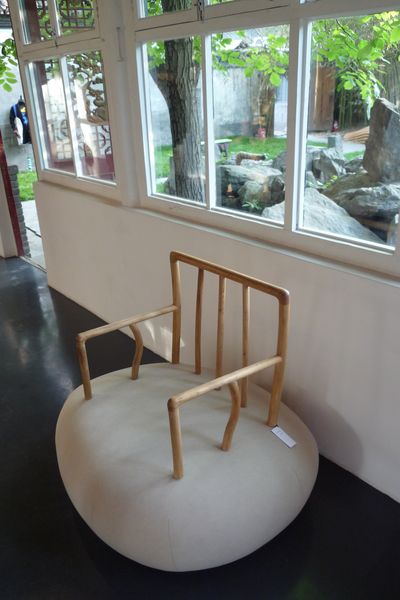 Chair by Xiao Tian Yu. I loved the idea behind it: It’s a combination of a Chinese Ming-style chair and a Western “Pouf” chair. Xiao Tian Yu’s work combines the traditional Chinese method of producing wooden furniture with the concept of a Western-style sofa. The Ming chair has a high seat-back to keep the occupant sitting up straight with good posture, but the “Pouf”is conducive to relaxation and comfort, rather than disciplined posture appearance. I think this is the chair I want for my next 9 -5 copywriting office gig. 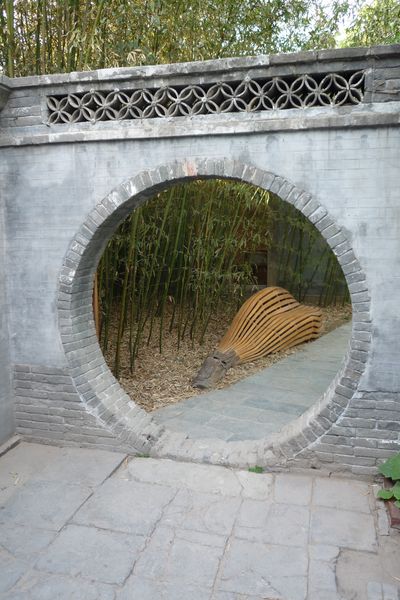 Wooden chair created by Zheng Hai Chen. “The chair is to be displayed in a public place, to exhibit the wood melting into the natural world.” 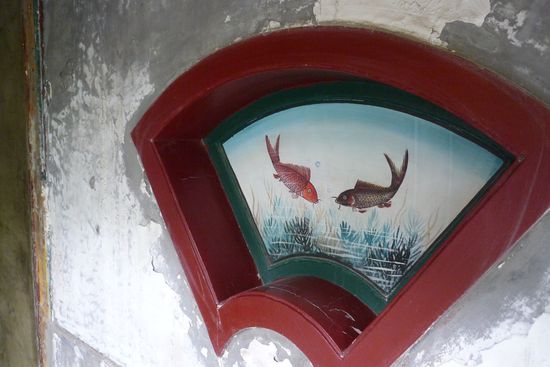 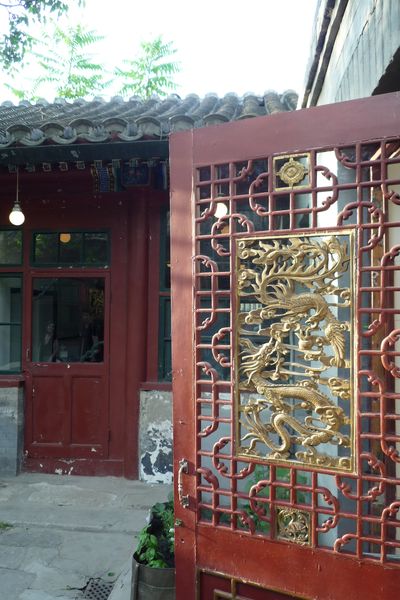 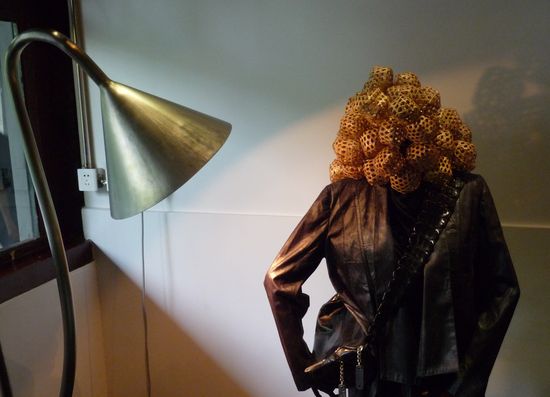 Leather jacket by Shanghai brand Neither Nor The peonies, along with some of the wood carving and phoenixes, are lingering traces of the royal young girl who enjoyed all of this as her childhood garden. More spring celebration with a sprinkle of LSD: the acid-green nook inside the garden’s house. 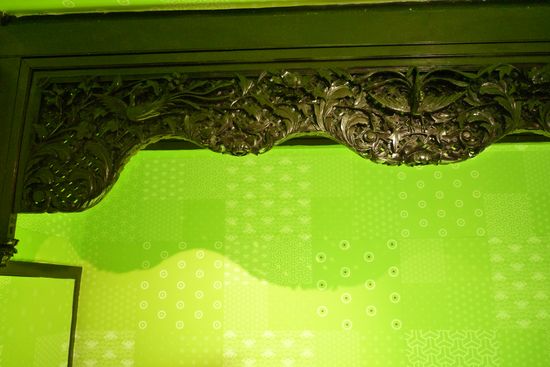 The wood carvings around the nook date back to the time of the garden’s original owners….back in the final years of China’s last dynasty. 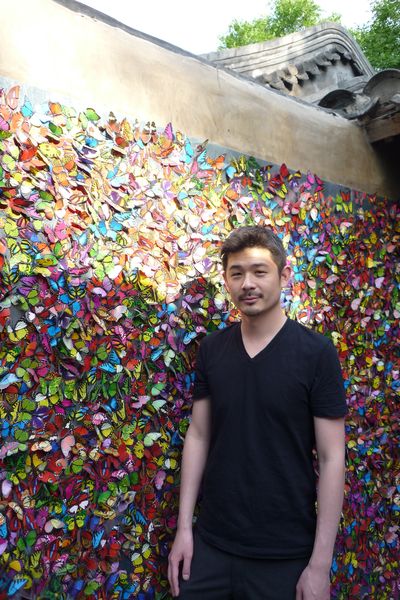 My host in Beijing, Aric Chen, in front of the butterfly wall.