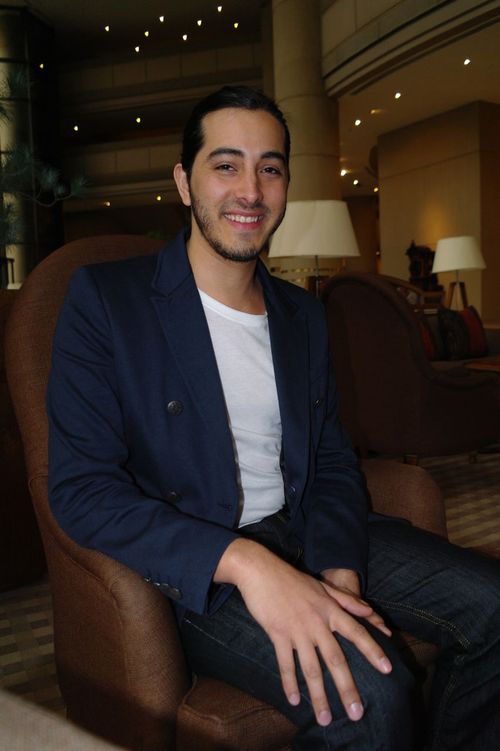 I have a beautiful portrait of Felipe Pizarro that has been hanging on my wall for the past four years and when I told the photographer that took the photo, Michael James O'Brien, that I was coming to Chile he told me that I had to meet him and to take a photo of the two of us together and send it to him. Well, Michael, this is for you. I wish it was you and not the waiter taking this photo, but hey…wasn't an option. 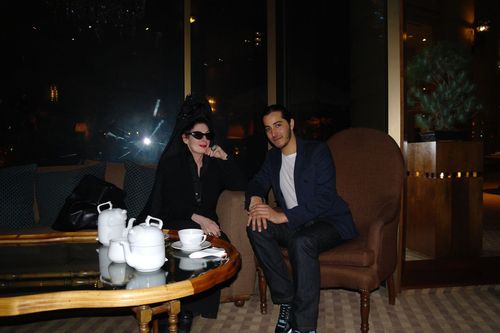 Taken in the lobby of the Grand Hyatt Santiago.