I always enjoy talking to Christophe Coppens and knowing what he has been up to. He has had a lot on his plate lately, with the recent launch of his webstore, exhibition projects and a book with Ludion on his career and personal life, which will come out soon. Christophe has a unique sensibility and his vision is inspiring. You do get that wow moment when you come across one of his amazing pieces. 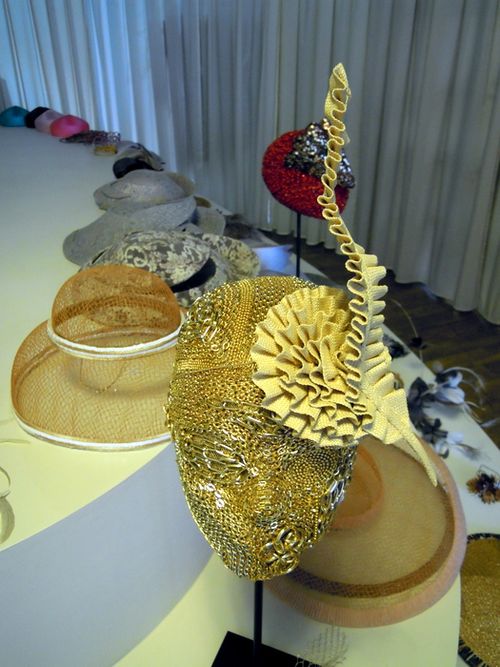 Named "The Collector", his last collection deals with love, mortality, passion and obsession. Using black and ecru, he mixed contrasting materials, such as wool and chiffon, to create singular styles. 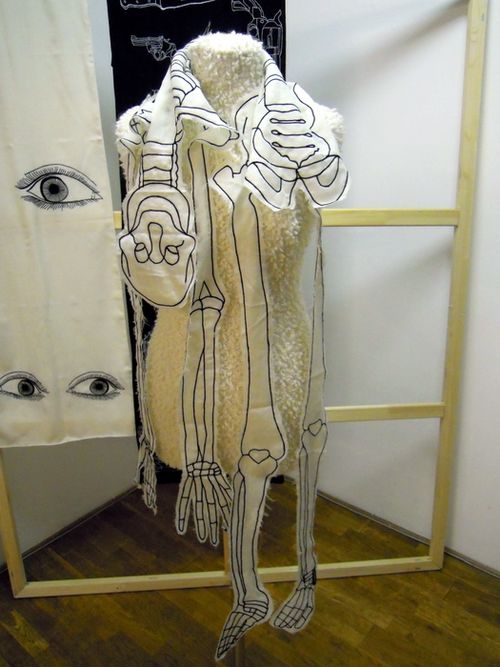 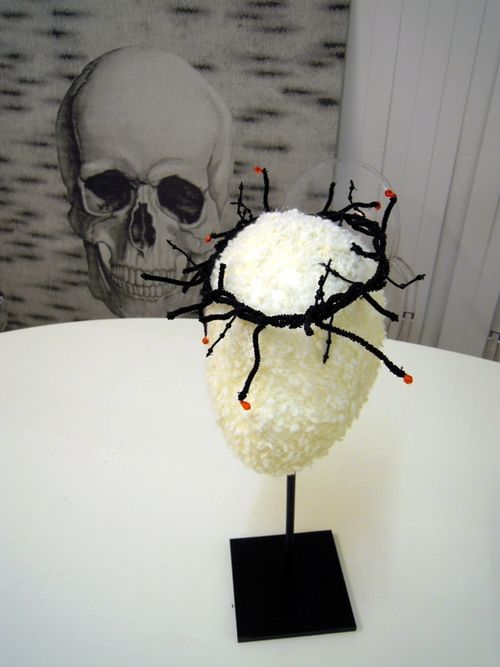 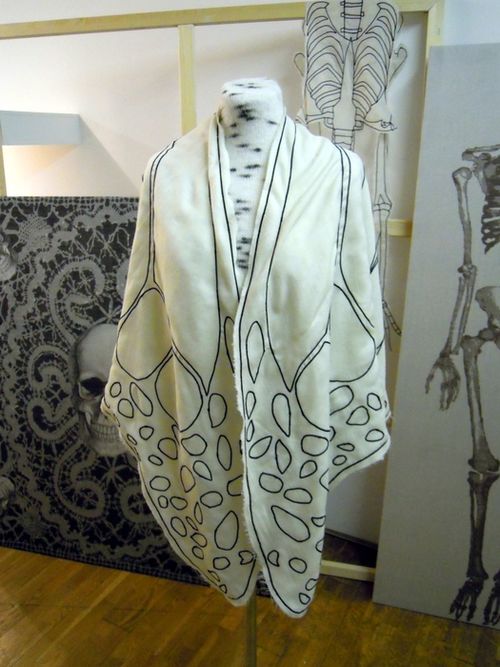 As we walked around the store space, he showed me an intricate crystal gun, which looked incredible. 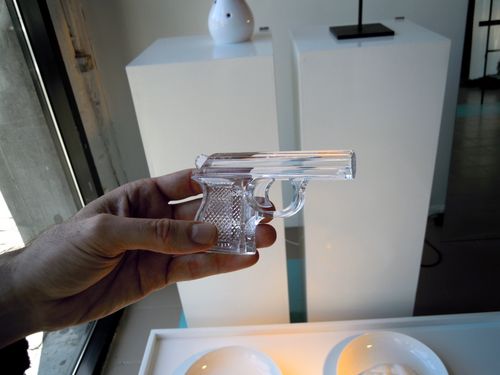 A furry friend of his was also enjoying a well-deserved rest. 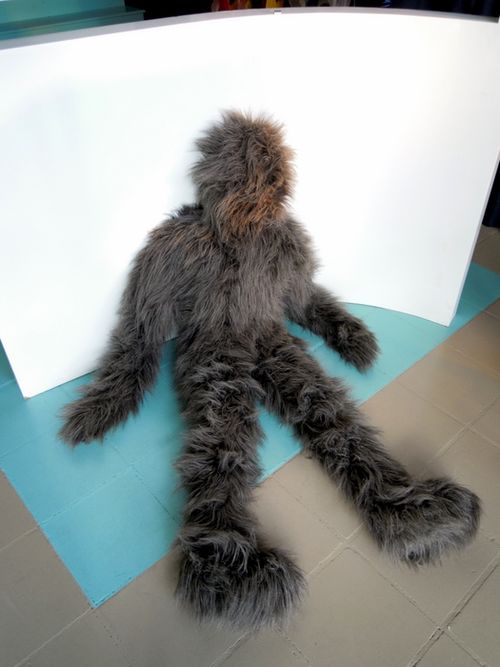 Director Javier Barcala shot a beautiful film on his collection, featuring performer Ulrika Kinn Svensson. I think you'll like it as much as I did.