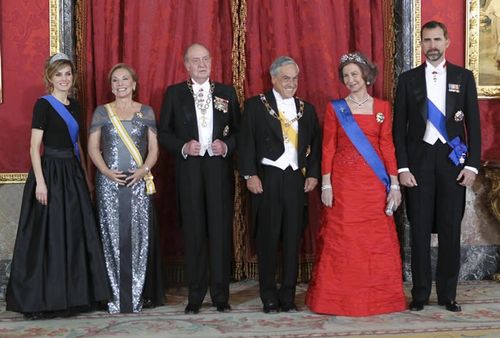 I'm off to CHile next week and the only Chilean designer I know, and have known for years, is Octavio Pizarro. Of course he will not be in Chile when I'm there as he just returned after dressing the Chilean First Lady and offering a baby alpaga and cristal scarf to Madame Obama. 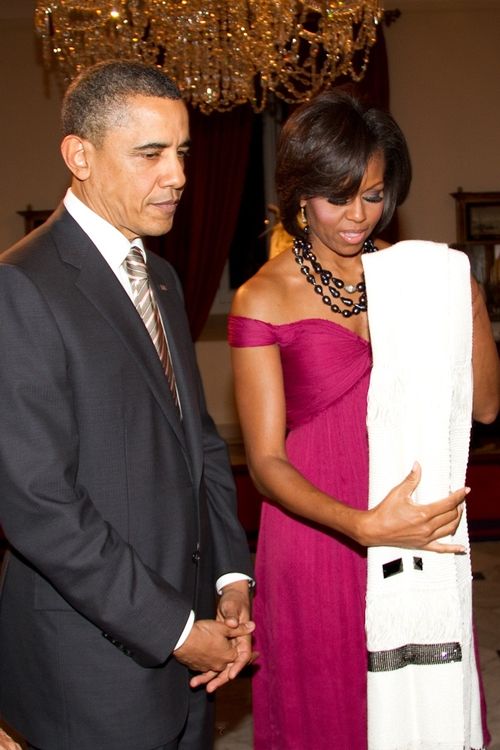 I doubt that I'll be meeting the Royal Family but it is nice to see Madame Pinera in Octavio Pizarro's dress.