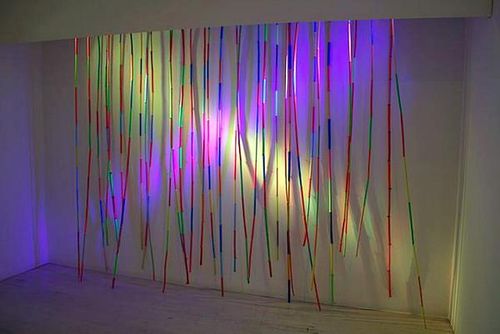 Rosette De Stefano's "Mikado" installation is a love poem to nature and bamboo, one of her favorite materials. Rosette sandpapers and paints it, using fluorescent colors. I've always been a bit of a day glo freak and this was highly pleasurable. 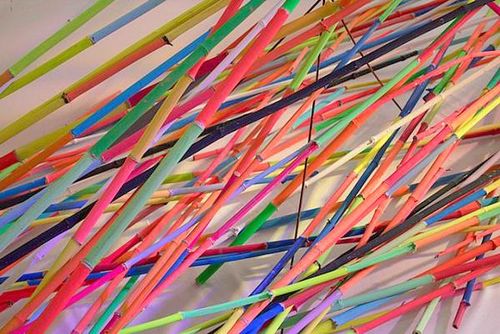 If Rosette masks bamboo with colors, she's also keen on revealing its roots. I love the way she did that on a gold and white piece. 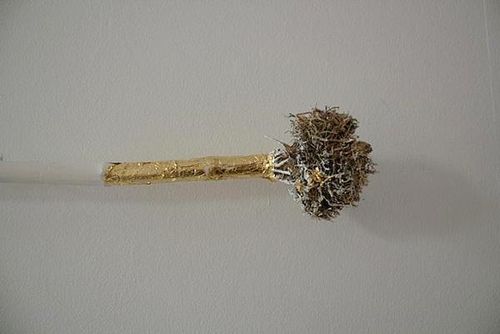