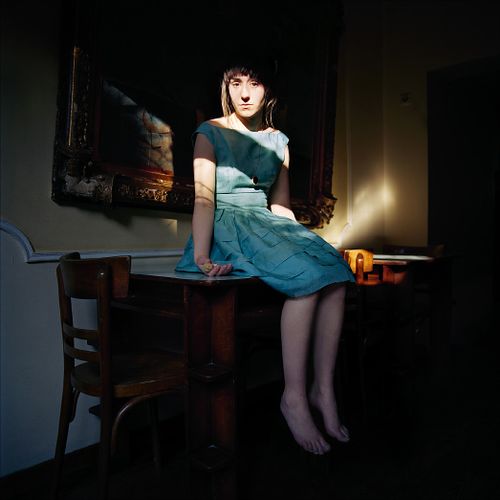 Michael Frahm's photographs have a voice of their own, especially when it comes to his striking portraits. The Amsterdam-based, German photographer gets under the skin of his subjects, capturing the introspective landscapes of their mind. His images are deep, arresting and contradictory, reflecting a state of isolation, as well as a longing for connection. In fact, the sense of intimacy conveyed by his pictures is real, giving them an added layer of complexity. Frahm's work is as much about others as it is about himself. He comes across as a paradoxical and intense individual, more preoccupied with truth than the illusory nature of images. 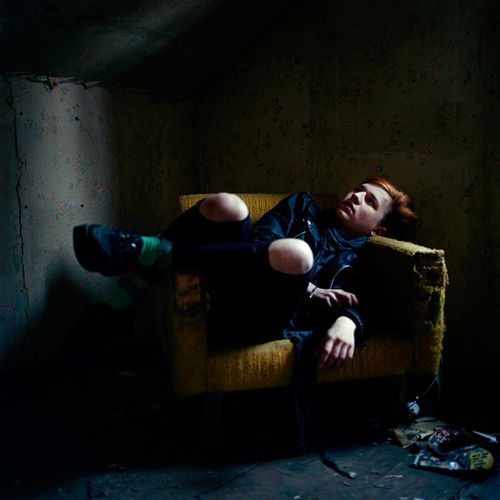 In order to get a good picture of someone, do you need to have some sort of relationship with them?

Yes, that's very important for me. It's about reaching some kind of mutual trust. I know who they are, they know who I am and what I'm trying to convey. I also find that it makes it easier for them to let go and feel comfortable in front of the camera. I sometimes wonder how models manage to do the things they are asked to do without even knowing someone. That must be odd in a way.

How did you get into photography?

It started when I was 16. It was your typical story: teenager buying a camera trying to express himself… I studied Visual Arts at the University of Mannheim. I realized photography was my thing and decided to focus on it. The course dealt mainly with design, which gave me a good grasp of layout and how images could be constructed. As a child, I always thought I would be an architect, but now I realize shooting is not that different, as there are many technical aspects I have to take into consideration.

Do you spend a lot of time working on the actual composition?

Yes, I do. If you look at my images, they tend to have an architectural quality. I remember being heavily influenced by one of my professors at university. He was always quite tough on me and I found it hard at the beginning, even though I can see now why he was doing it. He really got me to think about photography as a medium and the craftsmanship behind images. I guess I learnt to appreciate a carefully constructed photograph, as opposed to a beautiful one. I was very much into digital photography at that time, but started to work analogically. I still work like that now. 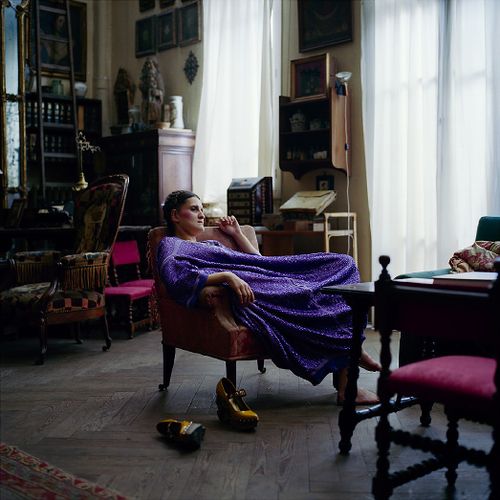 Which themes were you interested in at the beginning?

As a teenager, you tend to be rather introspective and reflect upon the experiences happening in your life. Self-portraits were a big thing for me then. That phase lasted for about four years. It changed in my early 20s as my curiosity for others grew. I also think I needed a serious break from myself. (mutual laughter) It was time to move on, even though you can never let go of yourself.

I would love nothing more than be someone else for a day.

I started to focus on gay marriages at that time, taking photographs of newlywed couples. In fact, they were not really married as Germany only allowed legalized partnerships. That was also a huge disadvantage for these couples and I understood there were more cons than pros.

It was like a cheaper status in a way.

Exactly, and that was not fair. In fact, there are more and more countries in Europe embracing gay marriage. There was an interesting case in Germany recently where a guy got married and decided to have a sex change to become a woman. He wanted to stay with his wife and it was a huge legal problem. The issue for the courts was to legalize this, as it would have been an acceptance as same sex marriage. I remember it was difficult finding couples to photograph.

I really like your portraits of young people, which have a strong sense of introspection and intimacy.

That was a very long project for me. I tried to combine individuals with surroundings that reflected their own personality. 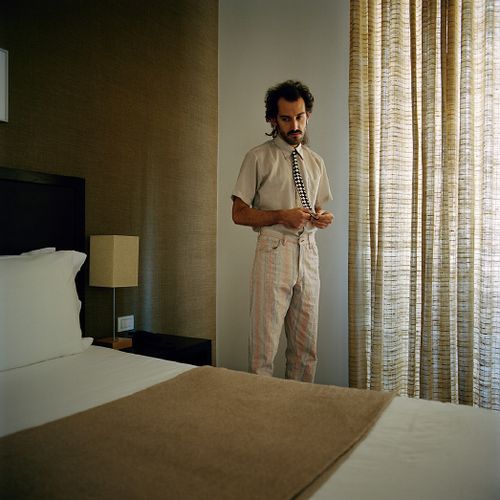 When you want to shoot an image, do you know in advance what you're looking for or is there still room for discovery?

I tend to be quite specific when it comes to images. The most challenging part for me was dealing with individuals. I spent quite a bit of time working by myself and found it quite hard to involve others at first. I started looking for people to shoot, finding them on the street or asking my friends for recommendations. I then scheduled interviews with them, which could go from 1 to 5 hours. I was trying to ask questions at the beginning, but realized it didn't work. What I wanted was to sit down, have a coffee and get to know them. You won't know someone after 5 hours, but you're likely to get a very good sense of them. When they start easing into a conversation, they gradually relax and that's when the actual discussion begins. There's no more superficial small talk and I start thinking about the impression they gave me. I try to sketch images, even though it does not always work. It's very important for me to build things in advance as it gives me a feeling of safety. I cannot work in a state of panic, leaving everything to the last minute. I really need to have a guideline and stick to it, otherwise it cannot work.

Are you saying the image is completely constructed then?

Not really, because there's always space for chance or coincidence. In a perfect world, it would be like that, but there are always factors you cannot control. I guess you can influence reality up to a certain extent, but it doesn't go much further. 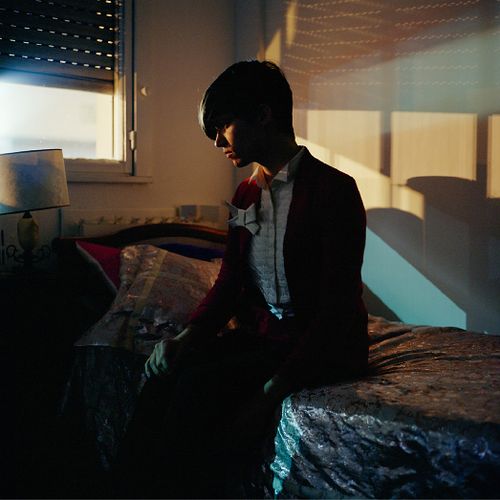 Do you have happy accidents when you take pictures?

Yes, definitely. I normally try not to photograph people in their own surroundings, as I feel it affects the perception they have of themselves, but this guy wanted to be photographed in his home and it really worked. In fact, it was a perfect match visually. Everything was cream, from his clothes to the room. It couldn't have been better than that.

Are you still in touch with the people you photographed?

I have developed close relationships with some of them. We email each other once in a while and it's nice to hear from them.

That's interesting, because I know so many photographers who are actually not bothered about getting to know the people they shoot. They even make them feel uncomfortable to get the image they want.

I can imagine that this is interesting, because people let go of their control, but it's much more of a raw process to get what you want.

I guess there's always a power relationship involved in photography, regardless of the role each person plays.

I like photographs that have depth. Whenever you get close to someone, you can reach a deeper level. The image goes beneath the surface.