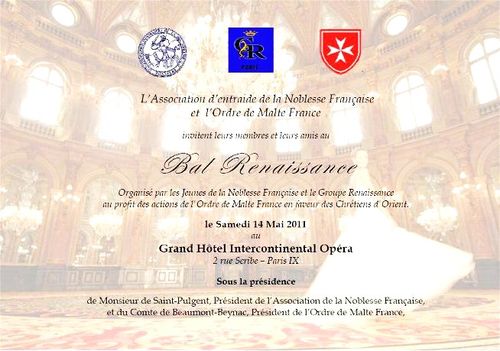 The Renaissance Ball will be held Saturday, May 14, 2011 at the Grand Hotel Intercontinental in Paris. Prince Louis de Bourbon and his wife, the Duke and Duchess of Anjou, Princess Francoise de Lobkowicz Bourbon, Count de Beaumont-Beynac, president of the Order of Malta, France and Mr. de Saint-Pulgent, President of the Mutual Aid Association of the French nobility comprise the Committee of Honour 2011.