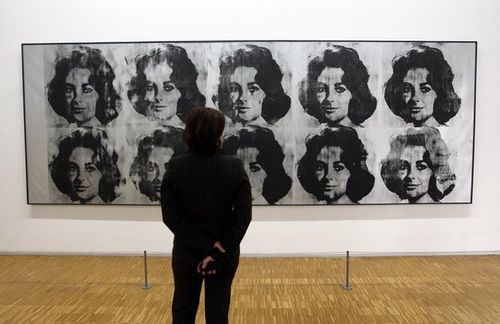 PARIS – More airy, more contemporary, more open to the diversity of creation, the Museum of Modern Art at the Pompidou Centre in Paris offers a new exhibition of its collections from the 1960s to today.

Between the arrangement of rooms around a central gallery chronologically and the presence of numerous recent acquisitions, many never before shown to the public, this part of the museum was largely renewed.

Visual arts, photography, architecture, design, video: Through some 600 works by 200 artists, the new presentation tent, while assuming its biases, to restore the vitality of a very creative period.

"We looked for a breath of hanging," said the curator Jonas Storsve, with "airy rooms, others voluntarily more turbulent, denser, trying to make the atmosphere of an era."

The main artistic movements of those decades unfold from both sides in dedicated rooms: bubbling with the Italian Arte Povera (Mario Merz, Michelangelo Pistoletto …), minimalism (Brice Marden, Robert Ryman ..) , the Fluxus group, or, more recently, the painting figurative "resistant", with among others a portrait of Martin Kippenberger, "one of the largest recent acquisitions" of the Centre Pompidou, by Jonas Storsve.

Large plants in the collection are always present, whether the show polychrome Agam, designed for the Elysee presidential palace, the "Winter Garden" by Jean Dubuffet or room full of deaf Felt rolls of Joseph Beuys ("Plight").

Design, particularly fertile area for decades 60 and 70, comes in a wide open space on the lobby. Host of themed rooms photography, video and architecture. "Presentations will be renewed soon, every six months for some of them. The attachment is not fixed," said museum director Alfred Pacquement.

One room is so devoted to the Brazilian architect Paulo Mendes da Rocha, Pritzker Prize 2006, another in search a building with architectural wonder of the French firm THEVERYMANY Marc Fornes, a kind of digital cabin designed for the museum, calculated by computer and consisting of 7,000 rooms and 32,000 rivets.

Another emblem of the years 60-70, the use of color in the environment is the subject of a specific room. Through numerous drawings, models and a spectacular head-sculpture of Verner Panton, are traced from birth colourism consultant in industrial and architectural design, and integration of polychromy in large urban complexes.

The new arrangement also works, even timidly, to open the collections to non-European artists such as Nigerian El Anatsui, including a huge and magnificent "tapestry" in bottle caps greets visitors, the American Jimmy Durham 's Cherokee origin, Lebanese Zaakar Akram and its collections of portraits retro, or Chilean Sandra Vasquez Horra drawings of poetic and dreamlike.

As a symbol of this transformation of the museum, a giant mushroom, the 2010 work by Carsten H