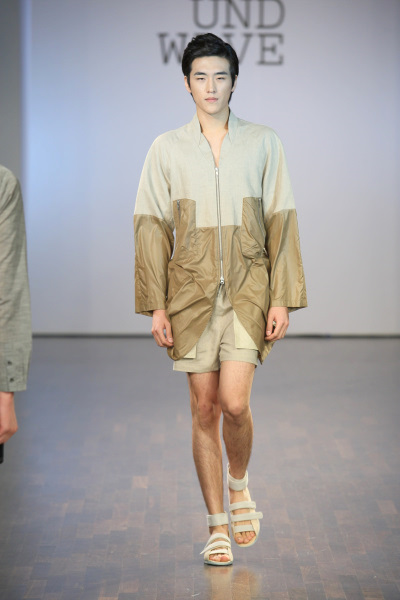 While many Western designers keep plundering vintage boutiques in order to give that reassuring air of familiarity to their clothes, Korean fashion has created a language of its own, embracing a joyful sense of futurism, while respecting sartorial tradition. This is clearly apparent in Korean menswear where strong, influential collections keep on surfacing, such as the ones designed by fashion duo Groundwave.
Think of Kim Sun Ho and Park Jung Eun as the new guard, offering clothes that are edgy, urban and refined at the same time. Working with a restricted colour palette and an independent man in mind, they're bringing youthful energy and powerful silhouettes to Korean menswear, echoing the aspirations of a city that seems keen on building its fashion future and promoting new talent. Their sophisticated sportswear caught my eye last season and interviewing them was a treat. 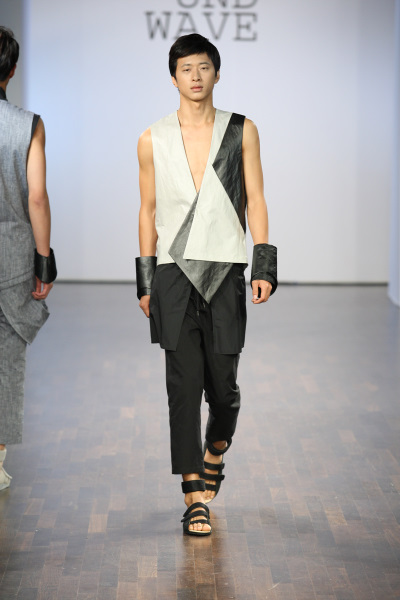 What were the elements that inspired you for your summer collection?

Kim Sun Ho: We were inspired by the idea of traditional Greek draping, but trying to make it more Korean in a way.

Park Jung Eun: We wanted to combine the flow of Greek draping with our own sensibility and technique, which you also find in traditional Korean clothes. There's a sense of volume in these historical garments that we wanted to translate into completely modern and fresh outfits. We really focused on our silhouettes this time.

How would you define the essence of Groundwave?

P: For me, it's about minimalism and modernism. This season, we found a subtlety in draping that felt exciting for us and we wanted to develop that.

K: Korean fashion is about the finer details and a longing for simplicity. We want our clothes to feel calm and serene. That kind of energy is very important for us.

There's a sense of restraint within Korean fashion that I find interesting. You see a lot of tailoring on young people here, who seem to appreciate its structure and formality. How did you get into fashion?

K: We both studied at Esmod in Seoul. I got a degree in Marketing and Jung Eun graduated in Menswear. That was in 2007.

P: We decided to launch our own label the year after. I was aware of what was going on with menswear fashion in France and Italy. I guess our motivation was to create a Korean brand that felt innovative, but global at the same time. We really want to be perceived as an international line and are not limiting ourselves to our country, even though we show here in Seoul. 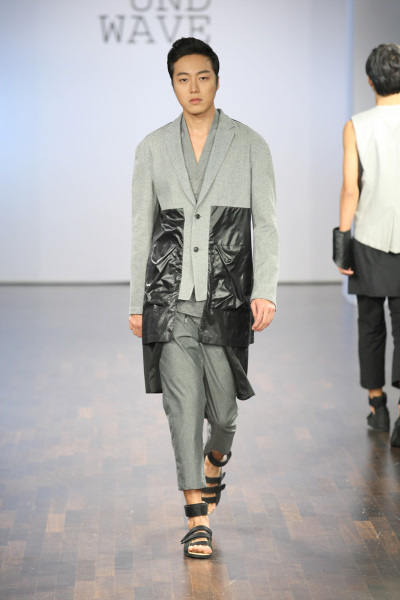 What are the challenges for young designers in Korea?

K: I guess there's a pressure to sell when you are new and we have to keep on thinking about our client and whether or not he would wear that specific piece. Being creative and commercial at the same time is the biggest challenge for us, but we try to do our best. We do pretty much everything ourselves: design, production, sales and deliveries. We don't have the luxury of having a large team.

P: Our collections are manufactured in Seoul, too.

Where are you selling at the moment?

P: We are selling at Harvey Nichols in Hong Kong, OAK in New York and gaining new clients each season. We're glad to see that international buyers understand our work. Even when we do asymmetrical cuts or layering effects, we still have the feeling they can read our silhouettes. We like the idea of twisting things in our collections.

K: Our main reference is nature. It can be an old tree in a park or an emotion we have when faced with a particular landscape. We always spend quite a bit of time researching, especially when it comes to fabrics and textures. After that, the design process happens quite organically.

P: We don't really sketch that much, we'd rather drape directly on the mannequin. 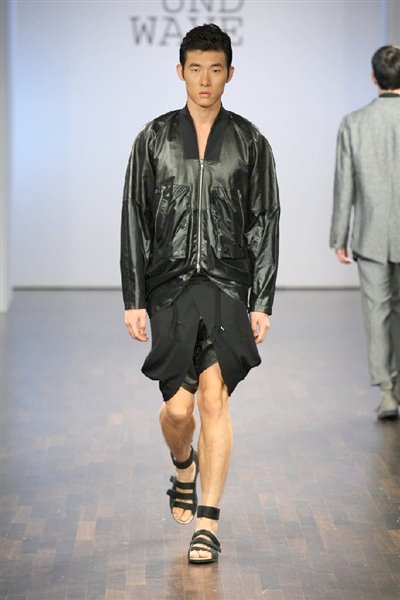 Why did you decide to focus on menswear?

P: The womenswear market is saturated right now and there are still avenues to explore within menswear. We see more potential and growth there.

Would you like to show in Paris one day? I'm sure people there would be sensitive to your work.

P: We sell at Rendez-Vous, but would love to do a show there.

P: I remember walking into his store in Paris one day and I had a real shock seeing his clothes. I didn't know clothing could be a piece of art, but Helmut Lang's designs definitely had that appeal. His creations were so unique.

When you look at C