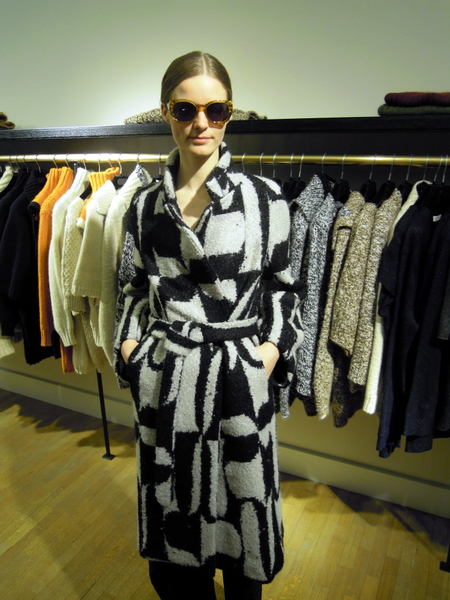 Dries Van Noten is one of these rare designers that can do pragmatism and romance at the same time. His last winter collection was stunning, and being able to touch and see the pieces in his showroom made all the difference. I love the way he threw a chunky cable knit sweater over an intricate skirt. 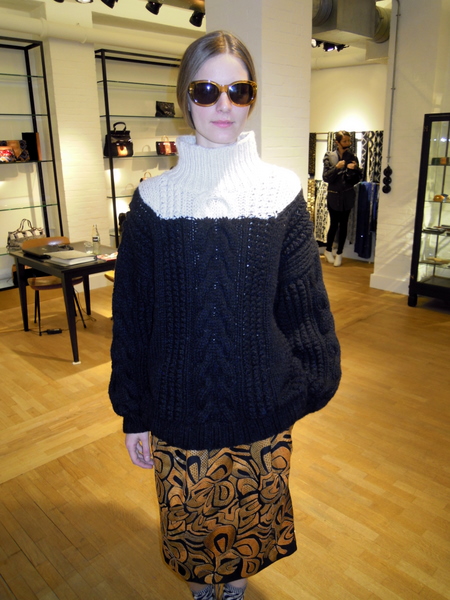 He mixed several prints in his pieces, creating a rich, kaleidoscopic effect. The long dresses were lightweight and felt almost summery. 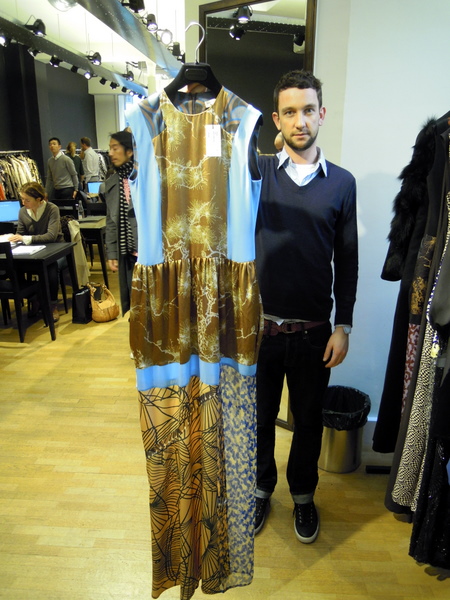 His bags were amazing and there were more styles this time than last season. A personal favourite was a patchwork snakeskin purse with a metallic handle. 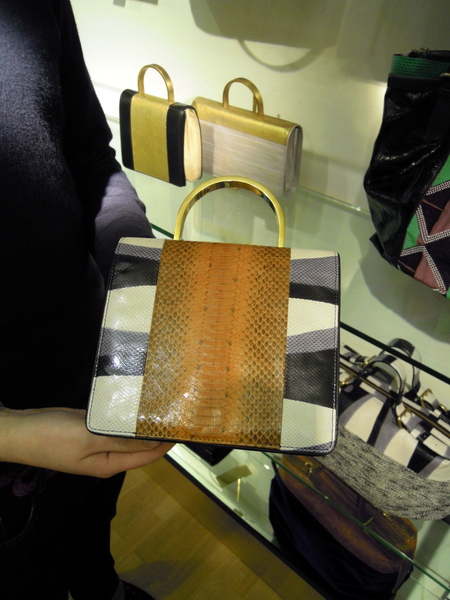 I also spotted some gold cracked leather shoes with a contrasting heel. When it comes to shoes, women have more fun, even when they're not blondes. 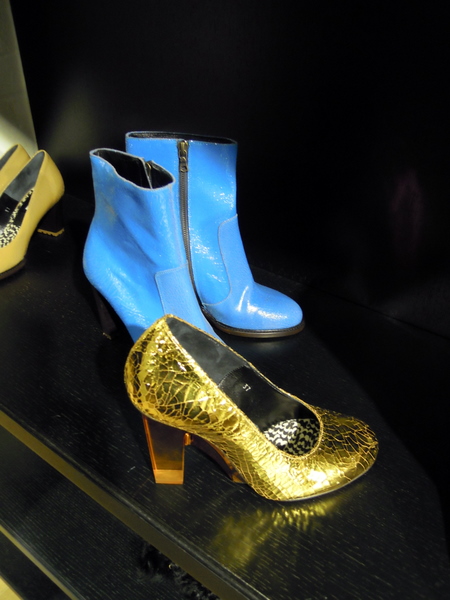