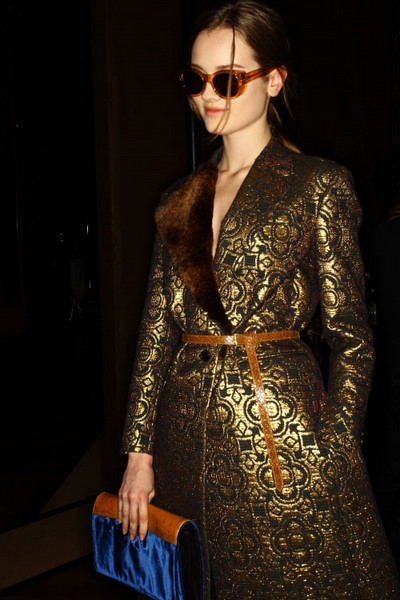 Dries Van Noten presented a stunning collection yesterday afternoon, which caught the mood of the moment. Opulent, stylish and artful, it offered the kind of pieces few women will be able to live without. I loved his use of brocade, embroidery, prints and tweed. He paired beautiful, fitted jackets and coats with masculine, wide-leg pants, adding his own comment on the masculine feminine theme this season. It was refined, timeless and utterly Dries. 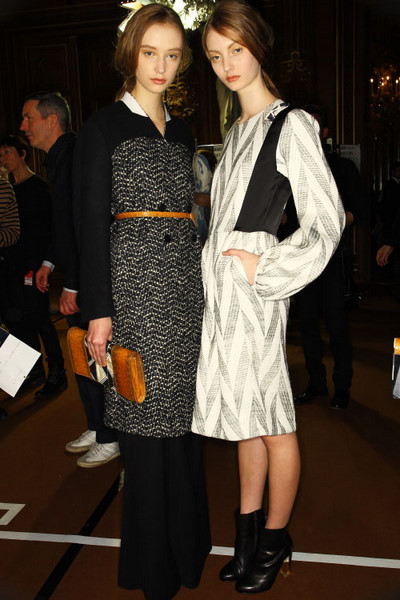 His print dresses were unusual, too, and he came up with unexpected combinations. It added creative edge and contrast to a powerful show. 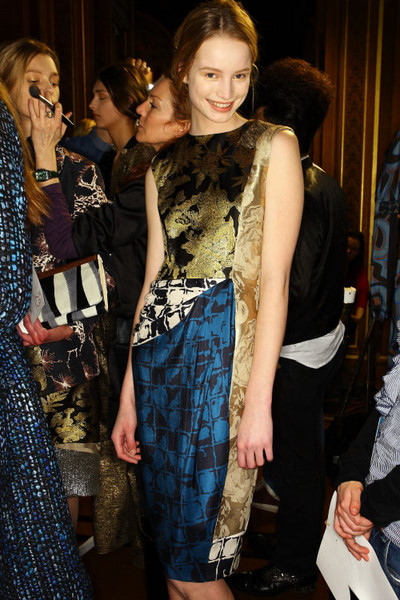 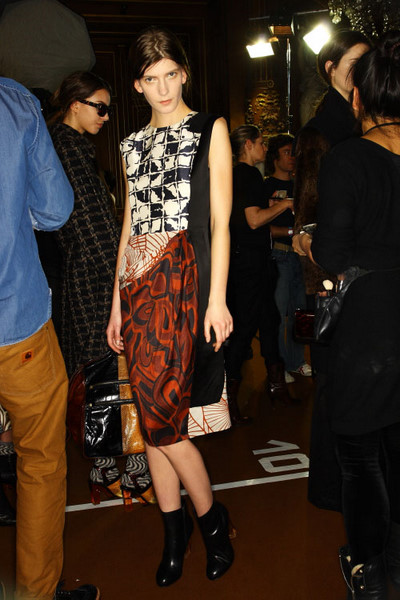