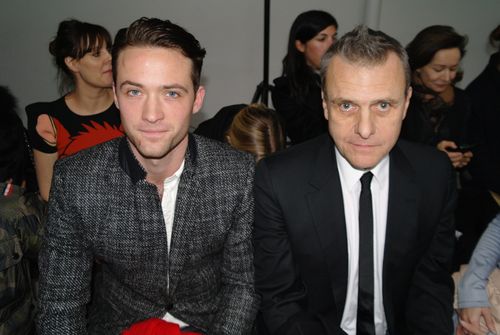 The last of my couture shows this week was the first Paris show of the young French designer Maxime Simoens. Shoji posted the images of the show a few hours back. 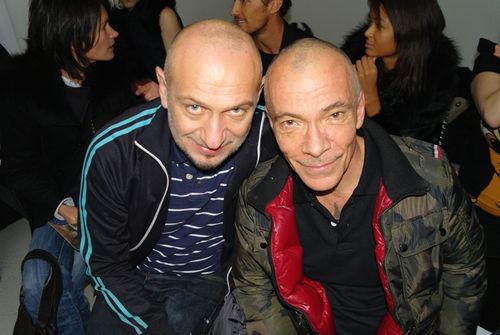 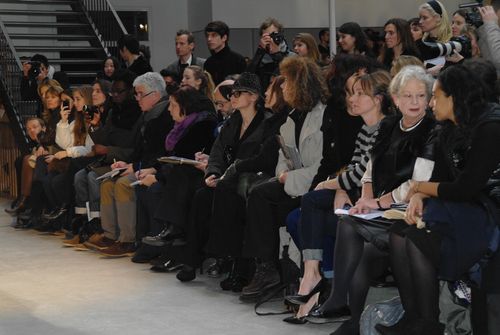 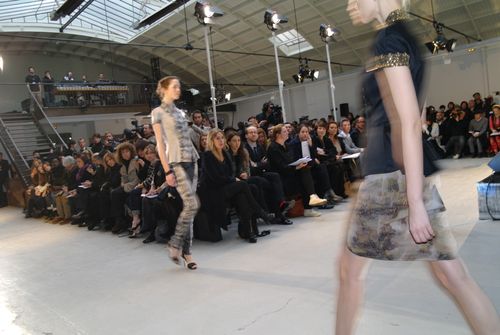 As I was leaving, Maxime’s handsome father came over and introduced himself. He had every right to feel proud. Looks a bit like the man of the season….David Bowie, don’t you think? 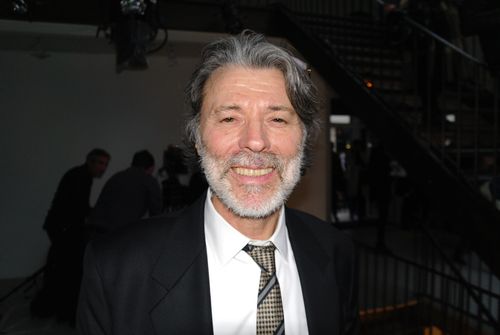 Maxime’s Father. I wanted to go back stage but the wait was just too long so My Name is Claude and I wondered into a gallery to see a video artist exhibition instead. 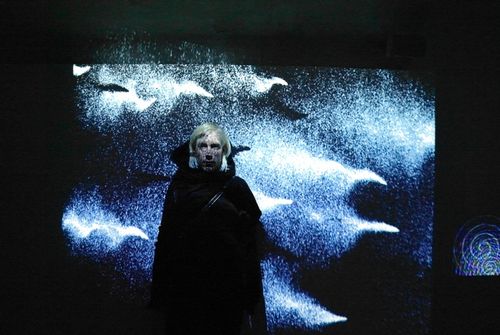 Suits him don’t you think?