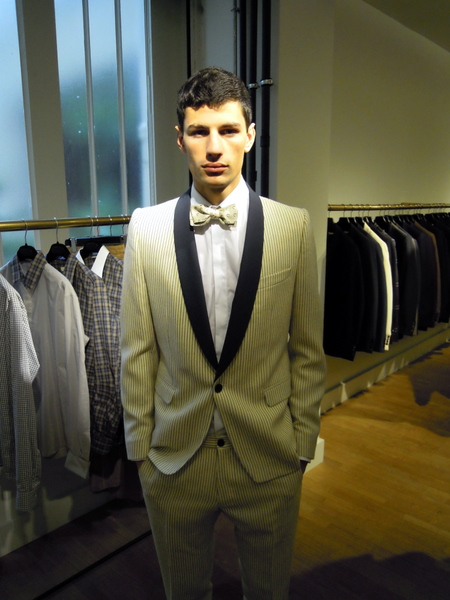 Belgian designer Dries Van Noten delivered one of his best menswear collections to date, carefully balancing creativity and pragmatism. Inspired by David Bowie's elegance and military attire, the collection had sensational coats, jackets and shirts. You could buy many of his pieces now and wear them forever. His designs stand the test of time. I managed to get his PR James Deeny in one of my shots, which wasn't easy. He gets camera shy when he's on duty. 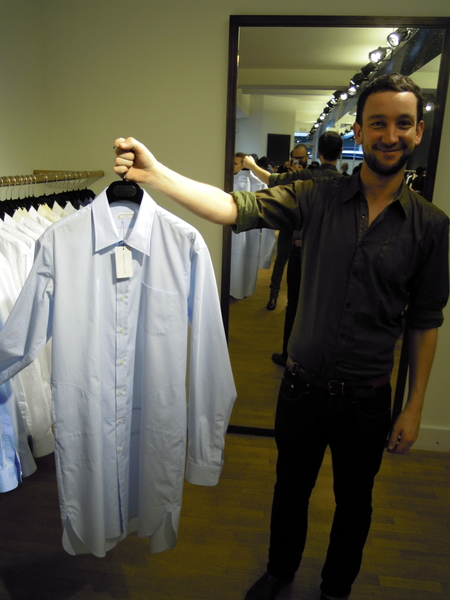 An embroidered military jacket was a standout piece. He also did great things with fur this season, using it as a trim on some of his jackets. 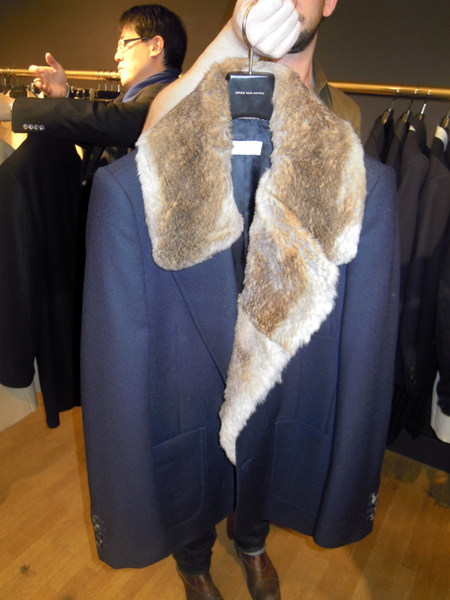 James showed me a beautiful leather bag, too, which had a cool, two tone strap. Guess it's time to start saving up guys… 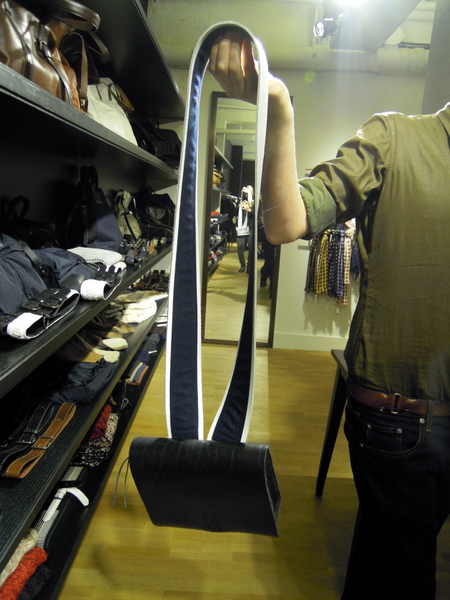