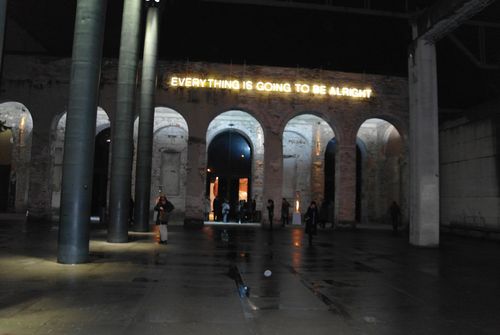 Massimiliano Gioni curated 8 1/2 which opened the celebrations for the hundredth anniversary of the fashion house Trussardi. He selected 13 artists that Fondazione Nicola Trussardi has given solo shows and public art projects in Milan since 2003.

Pawel Althamer's giant nude man usually is seen floating high in the sky but I can tell you it was pretty impressive just walking around him. 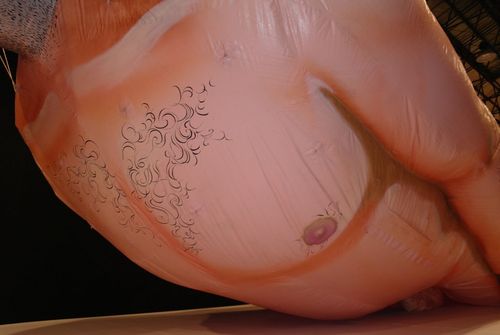 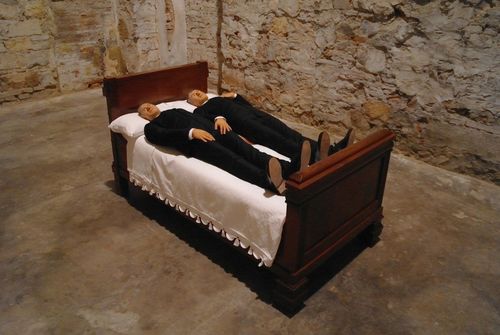 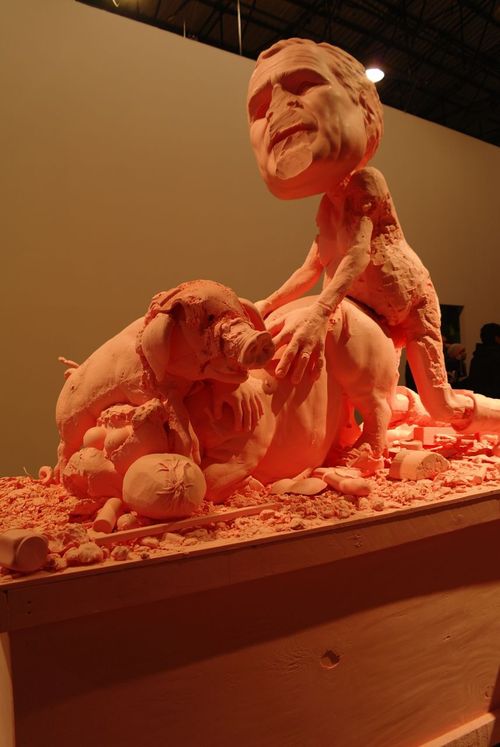 I love Paul Mccarthy's vision of my x-President. Actually I had the pleasure of seeing his solo show at Fondazione Nicola Trussardi in Milan last year. 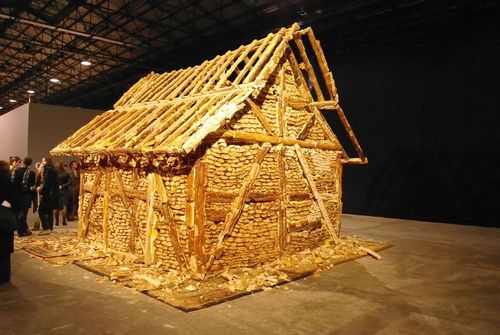 Urs Fischer's house made out of bread, You could walk in and experience it from the other side. 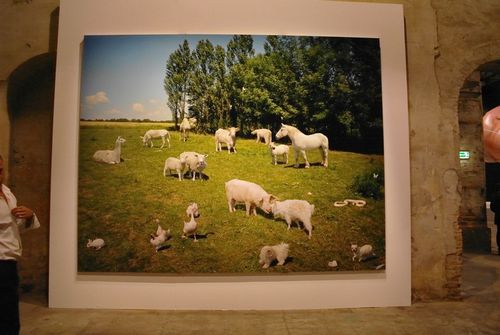 Paolla Pivi, now a very strange thing happened while I was in this room. 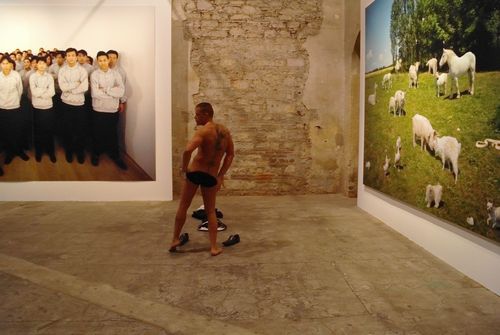 This guy just started taking off his clothes. First I tried not to look at him as I'm not that big on giving exhibitionists the attention that they want but I guess he was part of the installation even though I was the only one in the room. 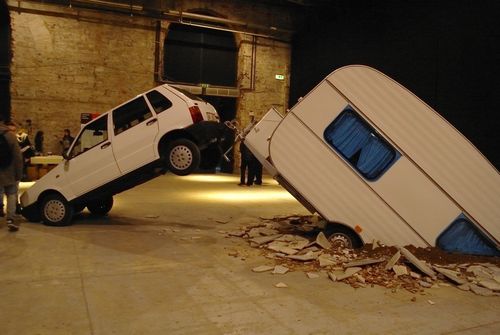 There were also interesting films and video installations. 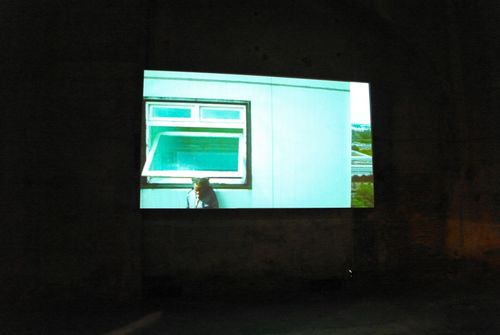 If you are in Florence….not to be missed. Well done Massimiliano Gioni

All  Diane's photos are taken with SAMSUNG NX10.