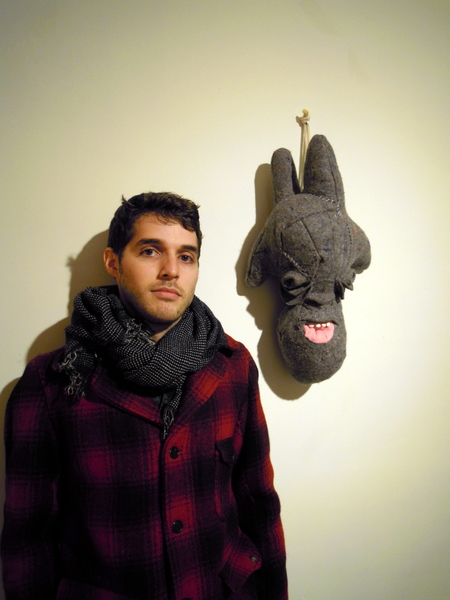 The artist, Joshua Ben Longo, in front of one of his creations

I enjoyed discovering Joshua Ben Longo's work at ra yesterday. An artist, designer and teacher, Joshua is based in Brooklyn and still in his 20s. He graduated from Pratt Institute in 2003 with a BA in Industrial Design and this was his second solo show. I was intrigued by his "creatures", half-human and half-animal. 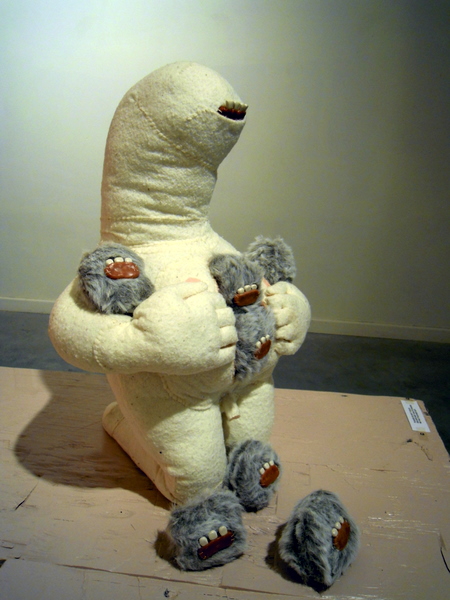 Using mostly felt and faux fur, his sculptures seemed like loveable hybrids with an identity of their own. You just wanted to touch them and get closer. 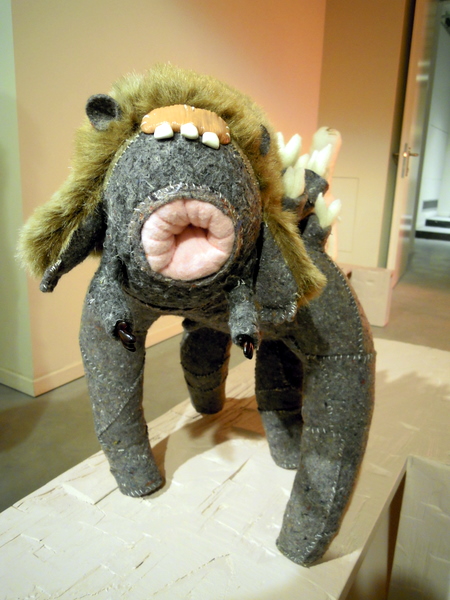 Joshua told me he can spend up to several weeks making them. I loved his sense of humor, too, and how he used textiles in expressive and powerful ways. 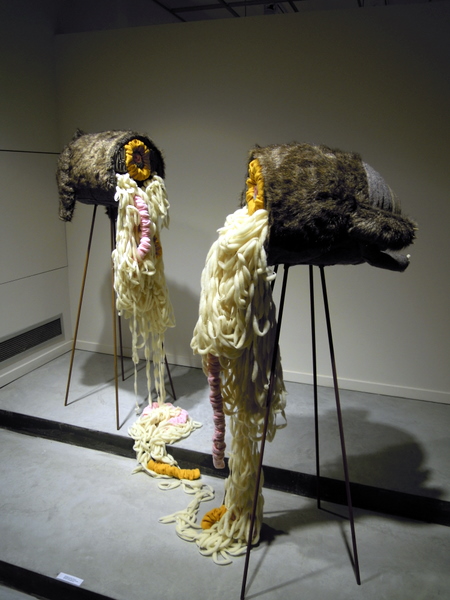 "So Hush You Little Ones"