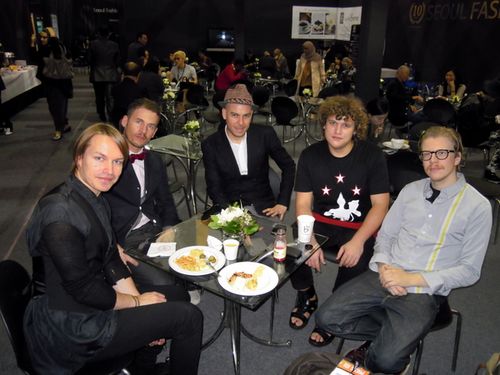 Fashion weeks are very intense and can also be quite stressful, especially when you end up with people you don't know in a country you are not familiar with. This is my last evening in Seoul and I have to say I was very lucky this time. It felt like I had my own little "handsome buddies club" thing going on. Here are Kalle, Mark, Marcelo, Maxim and David.