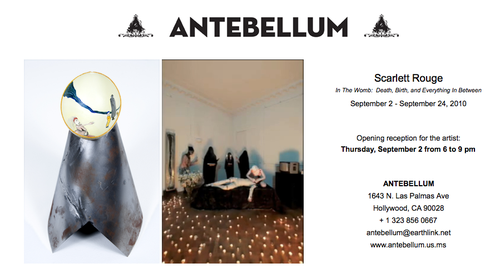 Multimedia artist Scarlett Rouge already wowed Paris with her art, when she showed her installations last year at the Palais Bourbon. The launch included a performance by her nearest and dearest: her mother Michele Lamy. 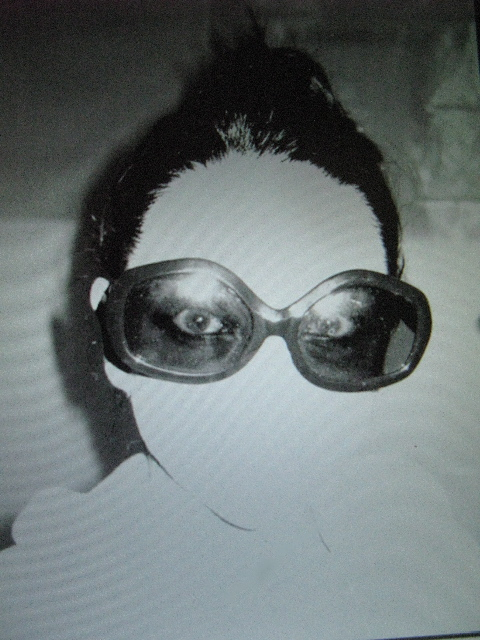 Rouge is showing her first solo exhibit in the US, launching tomorrow in LA’s Antebellum Gallery, which has shown some of her pieces in the past.

The exhibit includes visual narratives of Atlas; seeing the world through, and surrounded by, shades and bubbles – literally and metaphorically; and, in her video art, a man floating, enclosed, with hundreds of lit heads underneath. The works question man’s place both in his own world and in the larger realm, and showcase the union of the temporal and the spiritual. Rouge’s studies in metaphysics, yoga and magic are just part of the reason her exhibit includes yoga sessions.

Rouge, who lives in LA and Paris, began her career as an artist at 4 years old, when she and the band “Visiting Kids” opened for Nina Hagen. Over the next few years, she questioned what God is. Her exhibit, “In the Womb: Death, Birth, and Everything In Between”, dissects the paradigm of man through the themes of ideals, alchemy and man’s relationship with how society progresses. 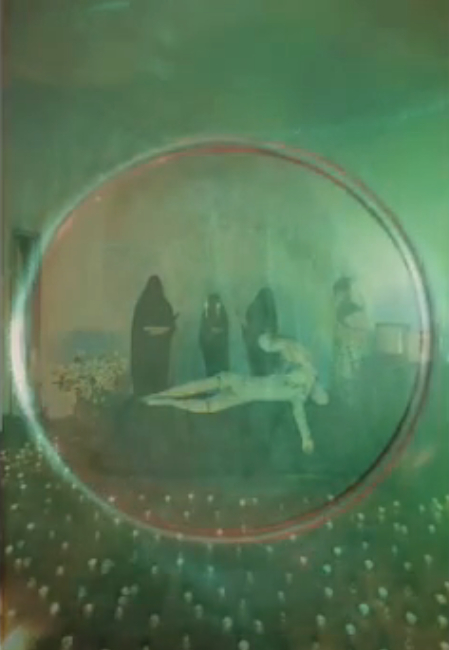 The venue, Antebellum, is a self-described “fetishist and art gallery” that aims to explore its exhibiting artists’ personal fetishes and motivations. Owned by Rick Castro – who has photographed the likes of Gore Vidal and the Dalai Lama, and who co-wrote and co-directed “Hustler White” with Bruce La Bruce in 1996 – Antebellum is also right beside the building where Rick Owens showed his collections from 1995-2004.

Says Rouge, “If I found myself in art, it was a combination of both my father’s own art practice and my mother saying, in her heavy French accent, ‘There are no philosophers, only artists.'” 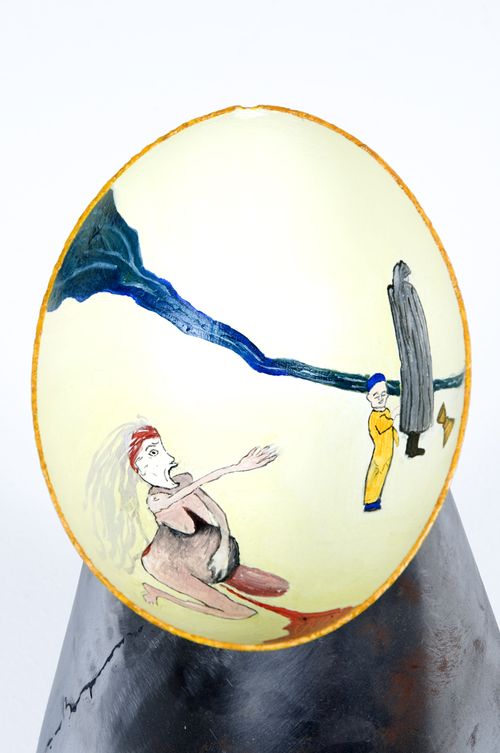