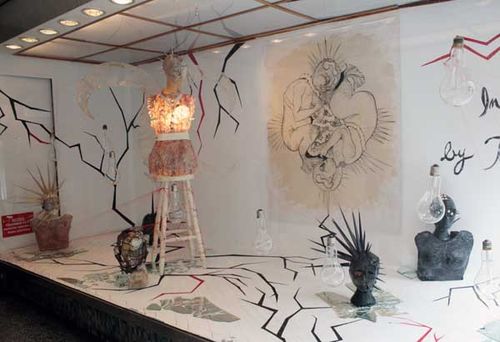 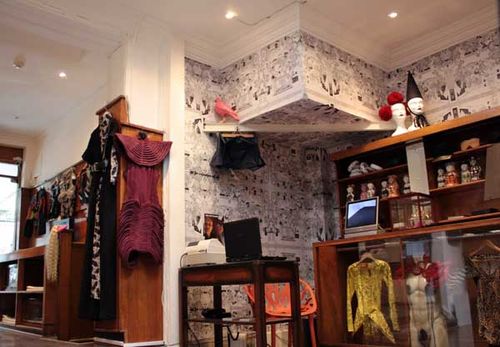 In 2008 Stavros Karelis decided to create a space in the heart of LOndon's Soho with the name MACHINE-A. The independent shop/gallery showcases young London based fashion designers such as Belle Sauvage, Charlie Le Mindu, Joannis Dimitrousis, Katie Eary, Noel Stewart, Piers Atkinson, William Richard Green among others. MACHINE-A is responsible for the overall image and presentation of each of the designers and also play a consultation role. They organize gallery events, window installations and video art. 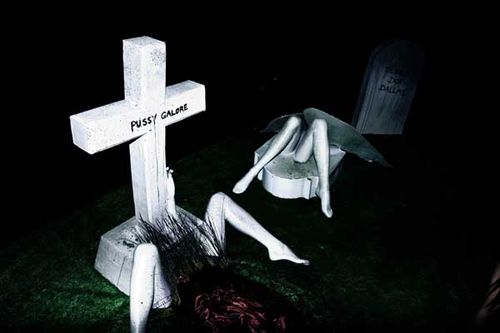 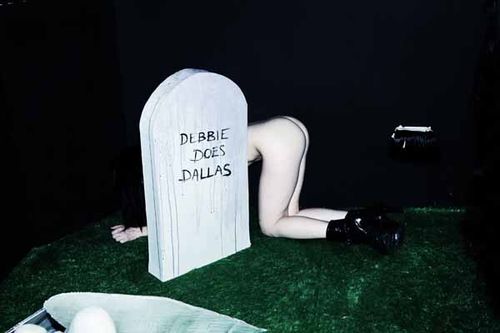 For the one year anniversary of MACHINE-A Hair stylist Charlie Le Mindu and Stylist Anna Trevelyan were asked to create an installation that will be up until May 26th, created their own night of horrors assessing the dark, sexual and 'hidden' side of religion. A graveyard complete with peep show depicting a depraved sexual fantasy. Set Designer Alun Davies, illustrator Stefan Schwarzman, Richie Kuncyusz is Charlie Le Mindu's assistant.

photography and styling by Paul Joyce "As creative director and owner of MACHINE-A-my expectations are limitless. My central aim of this concept is to create the podium for the young generation to establish themselves without any aesthetic compromise." -SK